The Bowie County Sheriff’s Office is searching for Tradarius Rashad Singleton for multiple felony warrants. Singleton recently wrecked the vehicle he was driving while evading arrest. He was armed with a handgun during his flight from our deputies. He is to be treated as armed and dangerous.

If anyone knows of Singleton’s whereabouts they should call 911. Citizens should not attempt to approach or detain Singleton. Call law enforcement immediately. 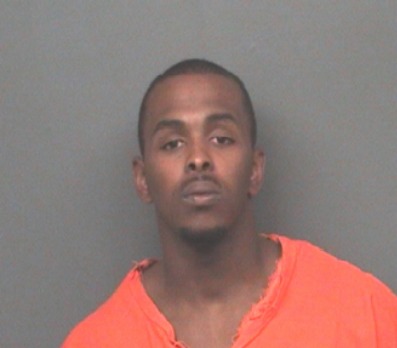 Singleton is known to be armed and has been involved in recent residential burglaries. Until 7-20-2016, he was operating a grey Pontiac G6 that is now immobile. Singleton was armed during the commission of his first charged burglary and was armed yesterday when he fled arrest. Singleton led law enforcement on a short vehicle pursuit before he struck another vehicle and fled the scene of the accident on foot. Singleton now has two warrants for Burglary of a Habitation, one for Deadly Conduct, one for UCW, One for Theft, and one for Evading Arrest in a Vehicle.

***Do not approach this individual***

Please contact 911 and inform them of his location if he is spotted.