The Texarkana Texas Police department reports that a Labor Day shooting in the Beverly Neighborhood has been reported as an accidental shooting. One man was transferred to a local hospital with a gunshot wound to the leg. He was later airlifted to Little Rock.

23-year-old Johnathon Matlock was struck by a bullet in his leg hitting a major artery. Matlock was transferred to a local hospital in a private vehicle before the Police arrived to the scene. Due to the severity of his injury he was airlifted to U.A.M.S. Little Rock for treatment. He was listed in Serious Condition when we last checked.

We spoke to T.T.P.D. Sergeant Geoff Lewis, and he told us that the incident is being reported to the Police as an accidental shooting.

At approximately 6:43 PM the Texarkana Texas Police Department responded to shots fired near 109 Connella Street. Officers were notified that Jonathan Matlock of Texarkana, Texas had been transported by friends to Saint Michael’s Hospital with a single gunshot wound to his upper thigh.

Detectives responded and met with both the victim and witnesses. The investigation concluded that the gunshot was an accidental discharge and had been self-inflicted. Matlock was listed in serious condition and was transferred to UAMS in Little Rock.

Police investigators could be seen focusing on what witnesses referred to as “multiple shell casings” at the scene of the shooting off of Conella Street in the Beverly Neighborhood of Texarkana, Texas. 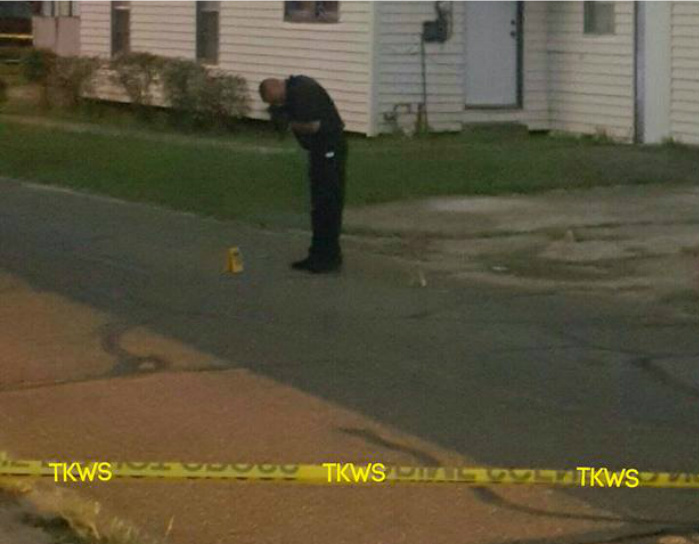