Roland Sullivan, 62, was reported missing on Sunday and the TAPD issued a be on the lookout order for him. His family reports that his body was discovered today inside a local church in Texarkana, Arkansas. 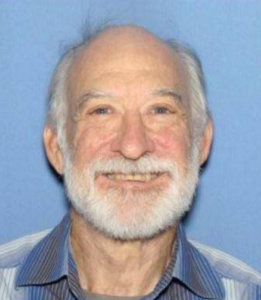 Roland Kent Sullivan has gone home to be with his Heavenly Father. He loved God with all of his heart, and loved his church, Cornerstone Baptist, with his whole heart as well. He was found in a room off of the fellowship hall, where he got in by a door that had been left unlocked after a fellowship there Sunday night. He took off his glasses and laid down. He was discovered by a cleaning crew this afternoon. My heart is heavy, but I know he went there because he felt safe and close to God. I am relieved that he had shelter and refuge when God called him home. Thank you, so much for your prayers.

We reached out to confirm with TAPD, they could only confirm that he was “located inside the church, deceased from believed to be natural causes.”

Mr. Sullivan had been reported missing without his ID, money, or medication. Roland was discovered by a cleaning crew at Cornerstone Baptist Church on Union Road Wednesday afternoon.

Our thoughts and prayers are with Mr. Sullivan’s family, friends, and his church family.