T.T.P.D. K-9 officer “Boston” tracked a suspect down in a field after the suspect fled from a stolen vehicle. The suspect turned into the Arista Apartments and abandoned the stolen vehicle he was driving and it rolled into a couple of parked cars before running across a field. 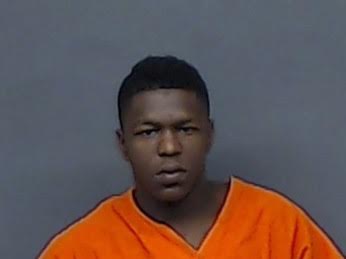 Officers responded to a report of a vehicle burglary in progress at The Park Apartments, located in the 5200 block of Summerhill Road.  The 9-1-1 caller said they had seen two men going through vehicles in the parking lot.  While enroute to the call, the officers were advised that a resident at the apartment complex had confronted the two men and they had left in a green PT Cruiser.  When Officer Clint Akin observed the vehicle matching the given description at the intersection of Moores Lane and Richmond Road, the driver immediately sped away.  Akin observed the vehicle turn into the parking lot of the Arista Apartments in the 3500 block of Arista Blvd.  As Akin entered the parking lot, he saw the driver running from the vehicle as it continued rolling forward before it struck two parked cars.  Akin pursued the man for a short distance but lost sight of him.

Other officers responded to the area and set up a perimeter in an attempt to apprehend the suspect.  Officer Bo Carter and K-9 Boston tracked the suspect from the point that he had last been seen to a point across a field southeast from the Arista Apartments.  Neal was located hiding inside a row of thick bushes and trees there.  He was taken into custody without incident.

When officers checked the registration of the Neal’s vehicle, they discovered that it had been reported stolen from a Texarkana Texas residence on Sunday morning.

Neal was arrested for Unauthorized Use of a Motor Vehicle and Evading Detention.  He was transported to the Bi-State Jail, where he remains in custody.  His bond has been set at $20,000.