A perfectly good Camaro was driven to death as Chelsea Davis, 22, tried to evade arrest from TTPD officers on Tuesday night. After destroying the car trying to escape on flat tires, Davis has been charged Evading Arrest with a Vehicle, Resisting Arrest, and for the original felony Forgery warrant out of Arkansas.

Officer Micah Miller noticed an orange Camaro with black stripes backed into a parking space at the Magnuson Hotel about 11:00 last night. He remembered a recent email about Chelsea Davis having a felony Forgery warrant and that she routinely drove an orange Camaro. He saw that a woman was sitting in the driver’s seat so he pulled his unit directly in front of her to block her in so she wouldn’t have a chance to try to leave.

When he walked up to the driver’s side door, he recognized the woman as Davis. She locked the doors and refused to get out of the still running car when Miller told her that she would be going to jail. Given the way that she was acting, he was afraid that she was going to try to flee in the car if she could. So, when she asked to call her father, he agreed and used that opportunity to grab his tire spike system out of the back of his unit and put it out at an angle across the parking lot near his unit. Sure enough… almost immediately after he did that, Davis took off in the car. She hit Miller’s patrol car and ran over the spike system – flattening three of her tires in the process. But that didn’t stop her. She got on Stateline and then headed west on Interstate 30. With all the wheels on flat now, she continued on at speeds approaching 100 mph and was driving so dangerously that the officers backed off of the pursuit. By the time that she got about to the Nash exit, the car itself had given up and just couldn’t go any further. However, she still didn’t give up. Even though the car was sitting still on the side of the road now, she had her foot planted on the gas and smoke started coming off the car as the front tires continued spinning. Despite her best efforts, the just wouldn’t move anymore. Officers were then able to break out the car door windows and finally able to get her out of the car. She continued to fight with the officers until they were able to get her on the ground and handcuffed.

Davis, 22, was booked into the Bi-State Jail for Evading Arrest with a Vehicle, Resisting Arrest, and for the original felony Forgery warrant out of Arkansas. Her bond for the two new charges was set at $50,000. She’ll have to be extradited to Arkansas before a bond can be set on the Forgery charge. 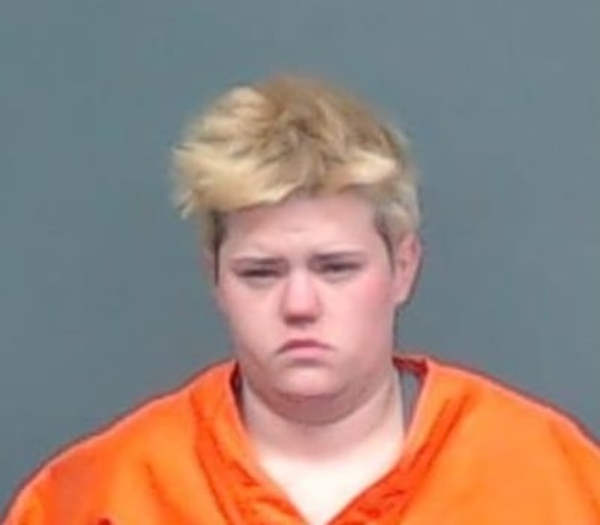