Felony Fugitive Christopher Whistle has been captured at an EZ Mart Store on E. 9th Street in Texarkana Arkasnas and is in Police custody at this time.

On Wednesday, August 31st, 2016 the Texarkana Arkansas Police Department arrested Chris Whistle, W/M 39yoa of Texarkana, on outstanding felony warrants for delivery of controlled substance.  Whistle was wanted on Federal charges stemming from a case that was initiated by members of the Bi-State Narcotics Task Force (BSNTF) and the FBI Safe Streets Task Force. 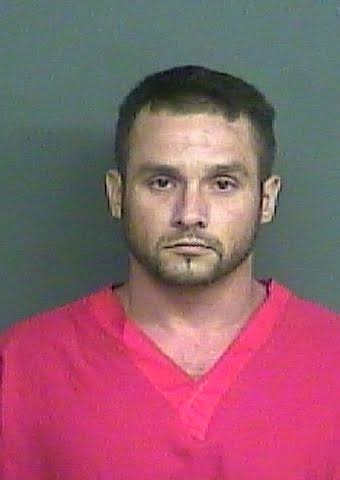 In May 2016, officers with the BSNTF and the FBI, assisted by members of various other local law-enforcement agencies, served several warrants in the Texarkana/Miller County area for various charges dealing with the delivery of controlled substance, particularly methamphetamine.  Whistle was not located during that warrant Roundup and he has been in hiding since that time.  Recently Whistle has been involved in several car chases with local law-enforcement, almost all of which were either cancelled due to unsafe conditions, or ended in Whistle wrecking and fleeing on foot.  Members of the BSNTF and the FBI have had Whistle under surveillance for several days and when an opportunity arose he was taken into custody without incident.  The safety of the general public was the highest concern of law-enforcement officers when attempting to take this individual into custody based on his past history of driving recklessly from law-enforcement.  Whistle was arrested in the parking lot of EZ Mart, 3219 E.9th St without incident and was booked into the Bi-State jail.  Whistle will have an appearance before a US Magistrate as soon as possible.

*Note, the BSNTF is made up of deputies from the Miller County sheriff’s office and officers from the Texarkana Arkansas Police Department, and the Safe Streets Task Force is a collaboration between that unit and members of the local office of the FBI.