Culleon Hubbard, 24, of Hooks Texas has been arrested and charged with Prohibited Substance in a Correctional Facility after it was discovered he was allegedly smuggling tobacco and marijuana into the Bowie County Jail Annex.

Former Correctional Officer Culleon E. Hubbard has been arrested for Prohibited Substance in a Correctional Facility for introducing tobacco and marijuana in to the Bowie County Annex Jail. On October 29, 2016 around 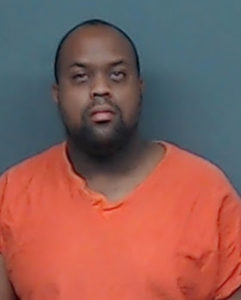 5:20 pm Culleon Hubbard was returning to work at the jail from taking a break. He was searched by Correctional Officer Kathryn Haynes upon his return to the jail as is standard procedure. During this search, Correctional Officer Haynes found cigarettes in Culleon Hubbard’s sock. Hubbard was then told to remove his shoes. As he was taking his shoes off, a visitor in the jail lobby saw Hubbard discard a plastic roll that containing cigarettes, marijuana and a lighter. These items were recovered and Culleon Hubbard was dismissed from employment. Investigator Robby McCarver prepared an arrest warrant for Hubbard that he presented to Judge Nancy Talley. Judge Talley determined probable cause and issued the arrest warrant for Culleon Hubbard. He was arrested on November 1, 2016 when he turned himself in at the Bi-State Building, and was taken before Judge Gibson Hadaway who set his bond at $30,000.