On Friday, March 3, the fire that caused major damage to the Historic Cedar Grove Church in Genoa Arkansas is reported to have been an act of arson by Miller County Fire Marshal Garry Sumner.

The church, built in 1833, has no utilities and is only used now for special events is located on MC 266 has been damaged and vandalized many times before. It is believed that a fire was started with paper on a table inside the 184-year-old structure. 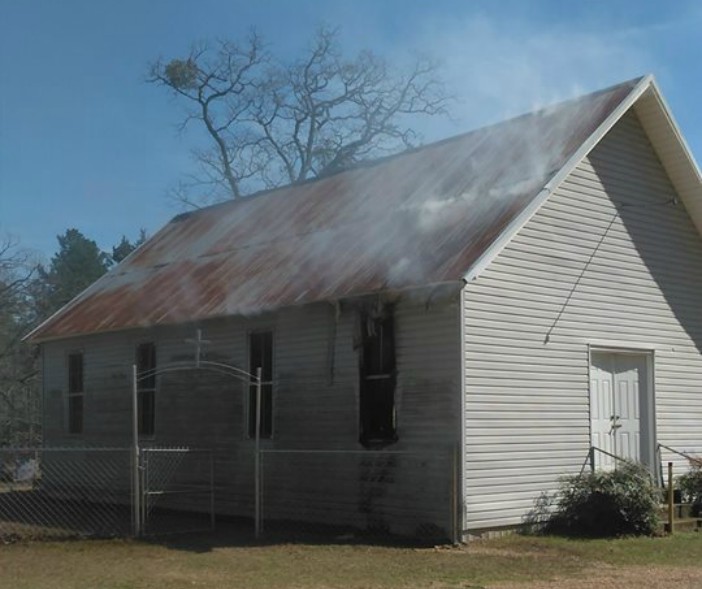