A Redlick resident shot some video at the height of the storms in their area, and believes she caught footage of what many believe looks like a rope tornado as it was causing damage in the the Lone Star Lake Estates area. Check out the full pic and tell us what you think.

The National Weather Service determined that storm damage in the Redlick and Pleasant Grove area was from straight line winds. The NWS solicited photos from Facebook users on their Facebook page saying that survey teams were in the area… thing is, they can’t exactly determine if it was a tornado, straight line winds, downbursts or what, if they don’t physically see the damage. Maybe they will see the photo below and determine that the damage in that area was indeed from an EF1 tornado. Either way, the damage is done and thankfully no one was seriously injured.

Here is the photo that was taken from the video shot by Ms. T. Brown… 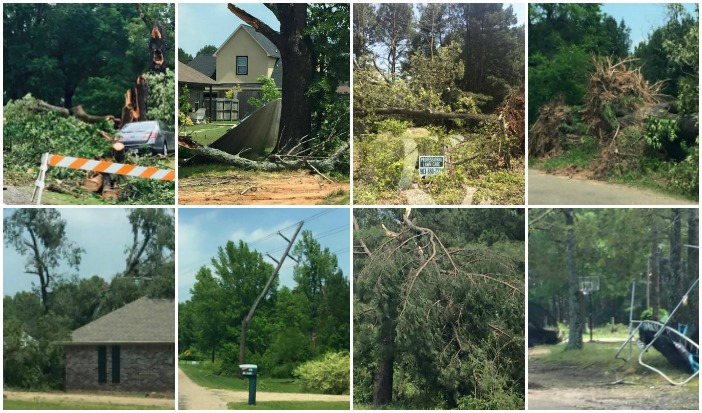 So, what do you think? Sound off in the comments.