The Texarkana Texas Police Department is seeking information that will lead to the identification of this woman believed to have stolen a purse at the Texarkana Walmart on New Boston Road.

At about 11:00 last Tuesday night, an older lady was shopping at the Walmart on New Boston Road. She was using one of the motorized shopping carts and drove it out to her car in the parking lot with her purchases. Unfortunately, she accidentally left her small black purse in the basket when she got into her car to leave. She rushed back a few minutes later after she realized that she didn’t have her purse, but the cart wasn’t where she’d left it and the purse (with all of her identification, cell phone, cash, and credit cards) was nowhere to be found.

Officer Brent Lawing got there and reviewed the surveillance video with store employees. They discovered that this woman apparently saw the purse in the basket not long after the victim left. She got on the cart and rode it back into the store, all the while looking inside of the purse. Instead of turning the purse in to store employees or even saying something about it to anyone there, she decided to leave with it. She was last seen getting into this white SUV. 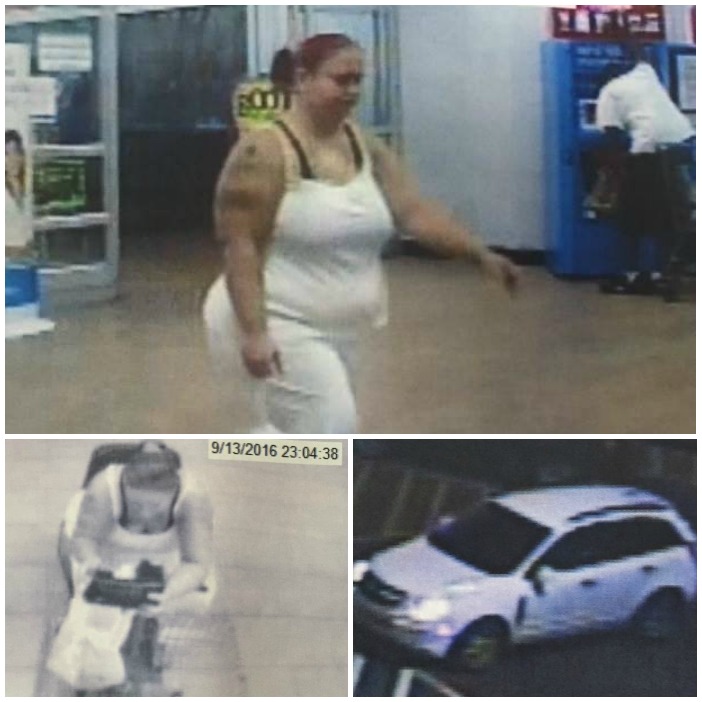