The Four States Fair and Rodeo Parade in downtown Texarkana is one of Texarkana’s oldest running traditions. Last week we reported the plans to move the parade to the Fairgrounds, The public spoke up, and we are pleased to report the Parade will remain a downtown tradition!

The Four States Fair staff is in awe of the response that we have received on the parade. The event is a large event that we as a staff are responsible for, and our initial idea in moving the event was to better it, not harm it. There are many things in an event this large that general public may never see the issues in, however, we hear your voice! We want to support the community that does so much to support us! So we met to review the changes and set up and working with the Texarkana Arkansas Police Department and the City Officials are working with us to make the move. The parade committee will be meeting today and letters will go out to all of our exhibitors. We appreciate everyones calls and messages, but mostly the support of the Four States Fair Parade and reserving our downtown tradition.

The parade will remain in its usual location downtown on September 10th at 10:00 a.m.. The route will remain the same… turning left off of Broad and making the curve along Front Street then jag back up on to Broad Street for the traditional route running up by the Post Office… 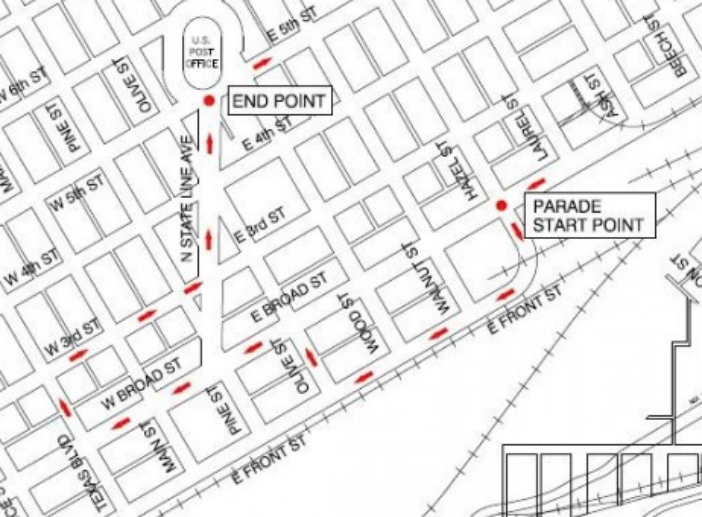