The two little girls at the center of yesterday’s Amber Alert from Atlanta Texas have been found and are now safe at home with their mother. Alex Arwood, 11, and Tru Speratos, 1, were reported missing along with their aunt Christine Nikole Rich, 33. Rich has been arrested and charged with 2 counts of kidnapping and 2 counts of child endangerment.

Dut to extensive collaboration between the Atlanta Police Department, the Cass County District Attorney’s office, the Department of Public Safety, the Federal Bureau of Investigation and the Department of Family and Protective Services, all three individuals were located in the Cass County Area. The children are safe with family, and Christine Nikole Rich has been arrested and charged with two counts of kidnapping and two counts of child endangerment. 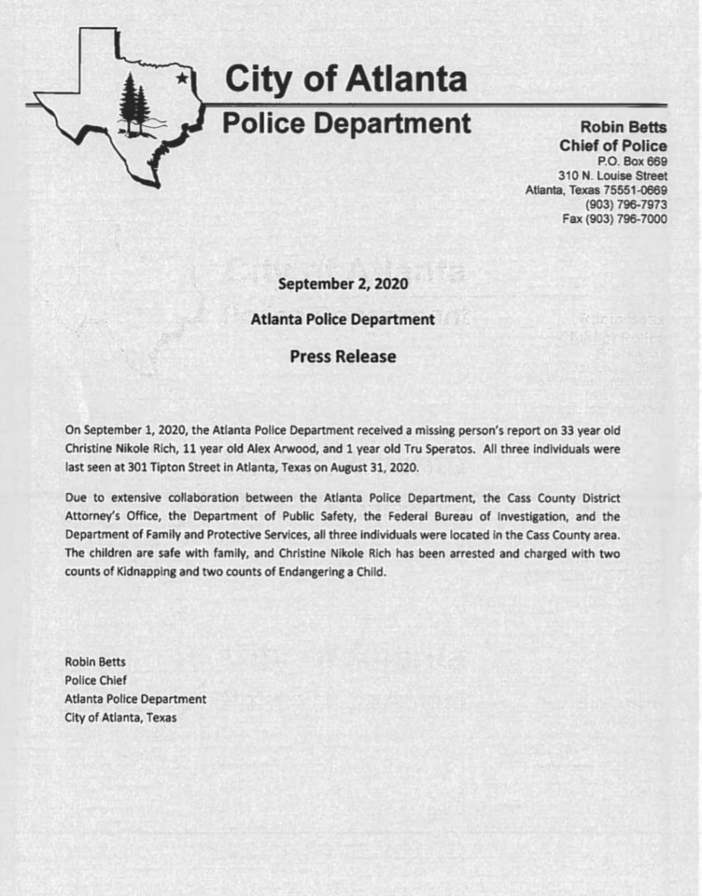