BREAKING NEWS:
You are at:Home»Crime»Jailer Arrested in Possession of Weed and Tobacco

After receiving a tip that a jailer was smuggling contraband into the Bowie County Jail. When searched, Brandy Denise Coulter was found to be in possession of weed and tobacco. Coulter has been arrested and charged with a Prohibited Substance in a Correctional Facility and booked into the jail. She declined to cooperate with the investigation. Coulter’s bond has been set at $75,000. 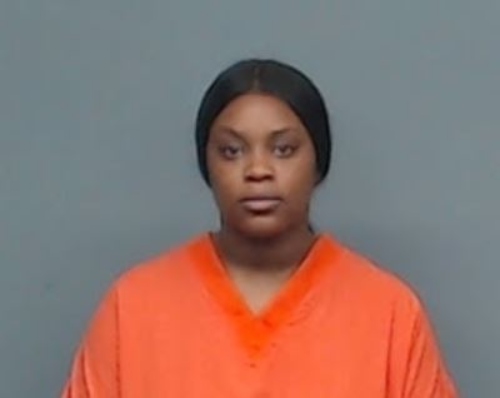 On 8-13-2019 Bowie County Captain Robby McCarver received a call from Texarkana Texas Police Officer Colton Johnson. Officer Johnson informed Captain McCarver about information he had received about a jailer with the last name of Coulter possibly bringing contraband into the jail. Captain McCarver checked with the jail staff and found that Jailer Brandy Denise Coulter was due to be at work the following morning. When Coulter arrived at work on 08-14-2019, she was confronted and searched for contraband. Coulter was found to be in possession of marijuana and tobacco that she was attempting to smuggle into the jail hidden inside the rear crotch area of a pair of leggings she was wearing under her uniform. Coulter was arrested for Prohibited Substance in a Correctional Facility and booked into the jail. She declined to cooperate with the investigation. Coulter’s bond has been set at $75,000. The Bowie County Sheriff’s Office would like to thank Officer Johnson and the Texarkana Texas Police Department for sharing this information with us. We are blessed to work so many good law enforcement agencies in our area who all work together for the common wellbeing our citizens.
Press Release Prepared by :
Chief Deputy Jeff Neal