A local nurse has been charged with negligent homicide in connection to the death of Morgan Angerbauer who died while being incarcerated at the Bi-State Justice Building in downtown Texarkana.

On 07/01/2016, Morgan Angerbauer died while incarcerated in the Bi State Justice Building Jail. The jail is under contract and administered by LaSalle Corrections, a private correctional operations company. 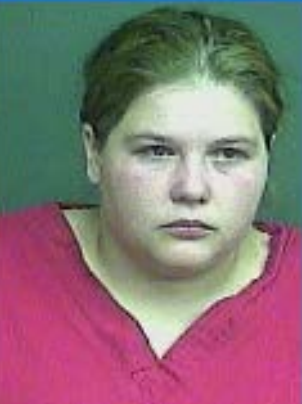 Following Morgan Angerbauer’s death, her body was sent to the Arkansas Medical Examiner’s Office in Little Rock, Arkansas for autopsy. According to the autopsy reports, there was no evidence of physical trauma to Angerbauer’s body that would have resulted in her death. Toxicology testing resulted in the discovery of evidence that supported the medical examiner’s findings at autopsy. According to Dr. Jennifer Forsyth (M.E.), Morgan Angerbauer’s cause of death was ruled as “Diabetic Ketoacidosis”.

Based on facts revealed during the investigation conducted by the Texarkana Arkansas Police Department, and upon consultation with the Prosecuting Attorney’s Office, an arrest warrant affidavit was prepared for Brittany Johnson, 26 years of age, for Negligent Homicide, a class “A” misdemeanor. Johnson was the LVN treating Angerbauer at the time she died. Johnson was arrested on 08/05/2016 at approximately 3:00pm.