A local church pastor has been released from jail on a $25,000 bond. 41-year-old David Farren appeared before Circuit Judge Brent Haltom Thursday morning and was release from the Miller County Jail after noon.

David Farren, Pastor of Anchor Church Texarkana was arrested Wednesday afternoon and charged with first degree sexual assault off of an accusation that he had engaged in sexual misconduct with a teen girl. The alleged misconduct is to have occurred at a private residence when Farren was acting as a Youth Minister at a different church, and did not occur on any church’s property.

Farren will return to court on August 16. The investigation into the accusation continues. 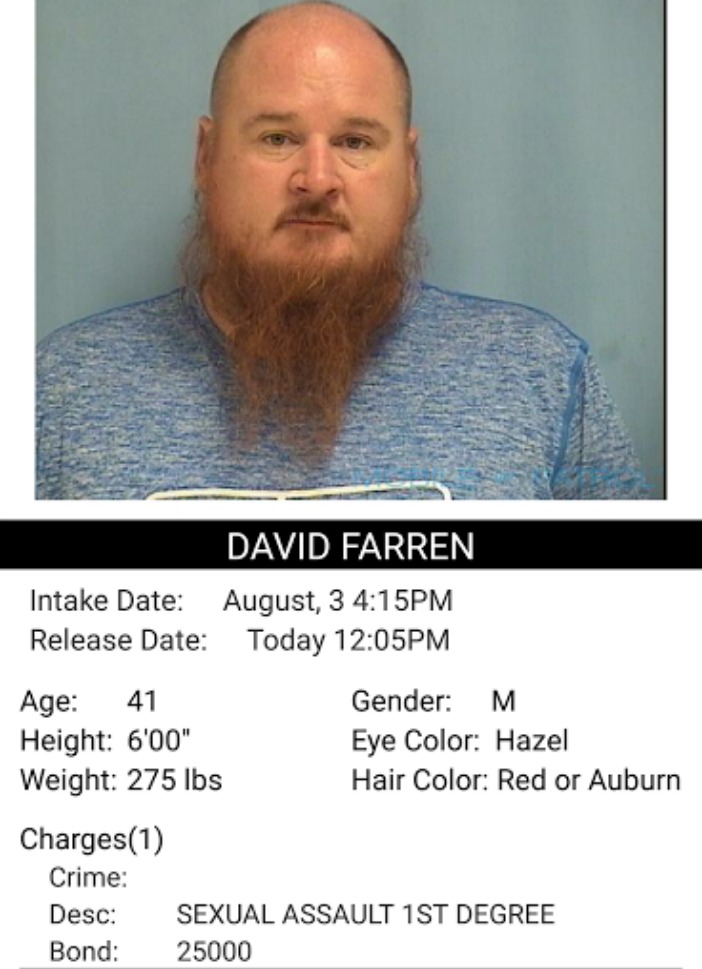