Pastor David Farren of Texarkana Arkansas has been arrested for a second time on sexual assault charges. The newest accusation involves a different victim than the charges Farren was arrested for August 3. 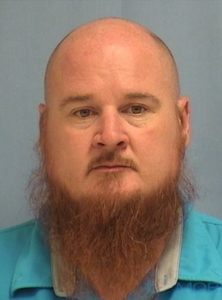 It is reported that Farren was booked on a charge of second degree felony sexual assault and a misdemeanor charge of not reporting as a “madatory reporter”.

41-year-old Farren is being held on a $25,000 bond on the new charges. Farren was free on a $25,000 bond stemming from the arrest earlier this month when he was arrested Friday afternoon before 1:00 p.m. Farren is incarcerated in the Miller County Jail and should go in front of a judge on Monday.

The second degree felony sexual assault charge could mean 5 to 20 years in prison. The “reporting” charge stems from Farren being a pastor, as such he is considered a “mandatory reporter” which means that in his position as a pastor he is required to report any case of a child suffering abuse that he has knowledge of. That charge is punishable by up to a year in the county jail.

An investigation into the allegations continues.

Farren is currently the pastor of The Anchor Church on Kings Highway in Texarkana Texas. He has previously served as a Youth Minister at Trinity Baptist Church, and at Heritage Baptist Church.