Texarkana Texas Police arrested Alfonso Taylor, 25, and charged him with Unauthorized Use of a Vehicle, Evading Arrest in a Vehicle, and Possession of Marijuana. His bond for all the charges was set at $72,000. The truck ended upside down in a ditch after Taylor attempted to evade police.

Officer Austin Butts spotted a GMC Sierra pickup driving on W. 4th Street Wednesday afternoon and immediately recognized it as the one that was stolen in Texarkana, Arkansas earlier in the day. When he turned on his emergency lights, the driver pulled over as if he was going stop. However, he sped away at a high rate of speed as Officer Butts pulled up behind him and was putting his patrol car in park. The truck blew across Lake Drive without even slowing down and had only gotten about two more blocks before the officers saw a large cloud of dust ahead of them. They found the truck upside down in a ditch near W. 5th and Bowie Streets with 25 year old Alfonso Taylor now struggling to climb out of the driver’s window. Once he got out, he didn’t hang around though. He immediately took off running. He jumped a couple fences and ran through some back yards with Officers Butts and Jonathan Price right behind him. However, he apparently wasn’t up for the sprint and started to run out of gas pretty quickly – eventually falling to the ground a couple of times. When he was trying to get back on his feet the last time, the officers were able to deploy their JPX and the pepper spray got Taylor in the face. At that point, he was done. He just laid down on the ground and gave up.

He was arrested and booked into the Bi-State Jail. He was charged with Unauthorized Use of a Vehicle, Evading Arrest in a Vehicle, and Possession of Marijuana. His bond for all the charges was set at $72,000. 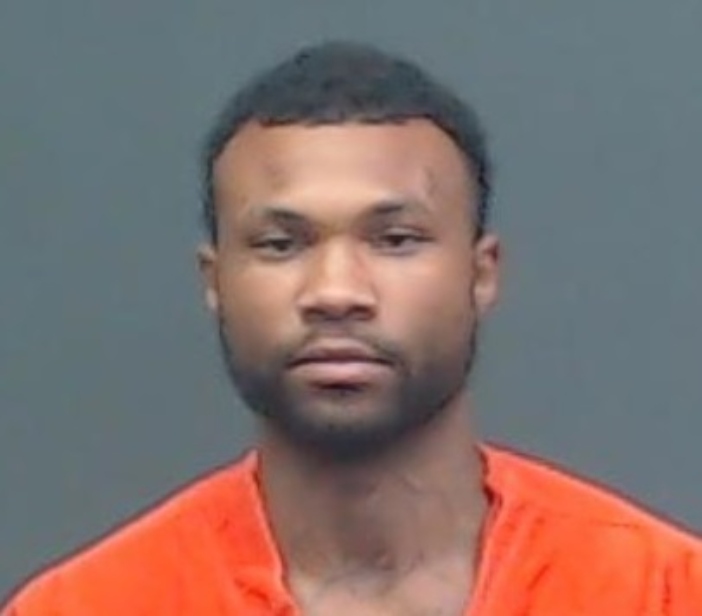