At 1230pm on Wednesday, July 5, TAPD responded to an apt fire at Fox Creek Apts. Building 12. The investigation was turned over to TAFD. 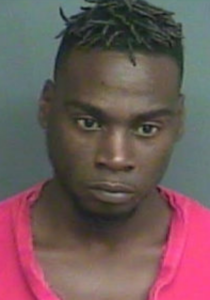 As TAFD was investigating the fire they heard gunshots in the complex and called for TAPD. Upon arrival TAPD located the suspect, Eric Lee, 37yoa, inside of an apt in building 16.  Lee was ordered to come outside of the apt and was subsequently arrested and charged with Felon in possession of a firearm.

Investigation of the incident revealed Lee got into an altercation with an unknown individual outside of building 16. Lee then went into the apt in building 16 retrieved a firearm, went back outside and began shooting into the air.

The unknown individual involved in the altercation has not been located.  Lee was one of the residents in building 12 of the apt fire earlier in the afternoon.  But at this time the incidents do not appear to be related.