The Texarkana Texas Police have arrested William Watkins, 47, of Texarkana Texas, for Invasive Visual Recording on Thursday morning at Planet Fitness Gym on Robison Road. Watkins was arrested and transported to the Bi-State Jail, where he remains in custody. His bond has been set at $25,000.

Officers were dispatched to a suspicious person call at the Planet Fitness at 1801 Robison Road at 8:20 a.m. yesterday.  Officers were met there by a man who told them that, while taking a shower in the gym’s locker room, he briefly opened the curtain to retrieve his soap.  As the victim did, he saw a naked man lying on the floor outside the shower stall taking pictures of him with his cell phone.  The victim said he immediately got dressed and left to notify a staff member of what had just happened.

Officers went into the locker room to locate the suspect and saw a man matching the description as he went into a dressing stall.  After waiting a minutes, they turned on the shower next to the stall and waited.  Watkins immerged naked from the stall and started toward the shower with the running water.  However, he tried to get back into the stall after he saw the officers.  Watkins had the cell phone with him that the victim had described to the officers.  Watkins denied any wrongdoing and allowed the officers to view his photo library on his cell phone.  The most recent entry on the phone was a twenty-two second video of the victim in the shower that had obviously been covertly recorded.  Officers also found a picture of another unidentified man sitting in the Planet Fitness locker room that is also believed to have been surreptitiously taken.

Watkins was arrested and transported to the Bi-State Jail, where he remains in custody. His bond has been set at $25,000. 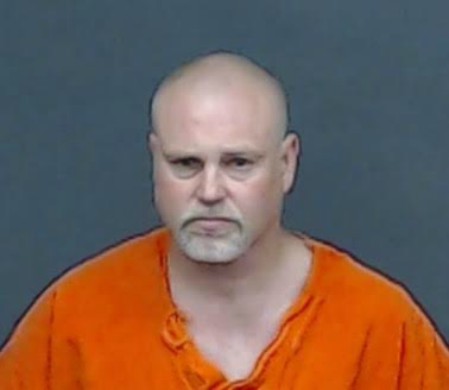