BREAKING NEWS:
You are at:Home»Crime»Man Charged with Manslaughter After Fight at Local Apartment Complex

The Texarkana Arkansas Police Department has arrested and charged Travarus Brown, 29, with manslaughter in the death of James Myer, 49, that resulted from an altercation between the two men. 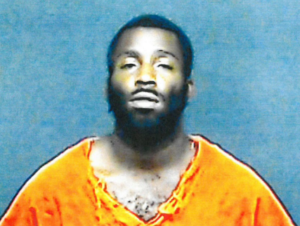 On Monday, June 26th, 2017 at 9:00pm Texarkana Arkansas Police Department responded to 3302 Washington, Smith Keys in reference to a 911 call of a disturbance.  When officers arrived they located the victim, James Myer, 49, lying on the ground unconscious.  Life Net arrived and transported Meyer to Wadley for medical attention.

The investigation revealed an altercation occurred between Myer and Travarus Brown, 29yoa, in front of the office in the complex.  During the altercation Brown struck Myer causing him to fall onto the pavement.

Myer subsequently died Thursday morning, June 29th, 2017 from head trauma, he received during the altercation with Brown on June 26th, 2017.  At that time Brown was located and arrested for Manslaughter.