Texarkana Texas Police are investigating two cases of armed robbery on Richmond Road where descriptions of the suspect are leading investigators to believe the same man is responsible for both robberies.

The Texarkana Texas Police Department is investigating robberies at two businesses in the north Richmond Road area this week.  The suspect description in both robberies is similar, leading investigators to believe the same man is responsible for both.

Officers responded to the first robbery at 12:36 p.m. on Sunday at Sally’s Beauty Supply, located in the Richmond Ranch Shopping Center.  The store employee reported that a man entered the store and selected a hair dryer from a shelf.  As the employee rang up the purchase, the man produced a pistol and demanded the money from the cash register.  He was last seen leaving in a vehicle that had been parked in the Target parking lot.

The second robbery occurred at 6:00 p.m. on Monday evening at the Metro PCS Store, in the 2700 block of Richmond Road.  The man entered the store and asked the employee about a cell phone.  As in the previous robbery, he produced a pistol as the employee rang up the purchase.  He left the store with an undisclosed amount of money and the cell phone.

The suspect is described as a white male who is believed to be approximately 40 years old.  He has dark “greasy” hair that he wore in a small ponytail in both robberies.  He may be driving a small dark colored SUV.  Two surveillance photographs of the suspect are attached.

Anyone with information about either of these two robberies is asked to contact the Texarkana Texas Police Department at 903-798-3116 or Texarkana CrimeStoppers at 903-793-STOP. (7867) 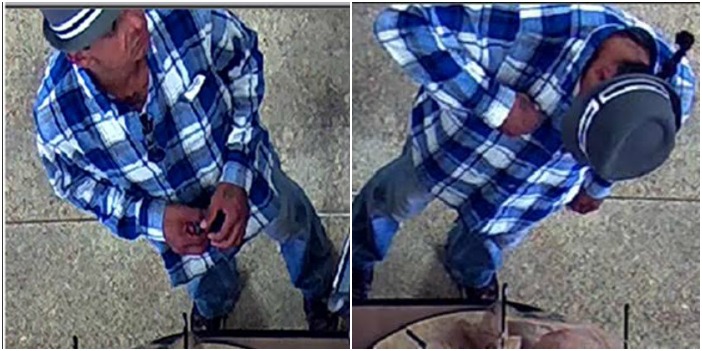