The National Weather Service has surveyed damages from Monday nights storms across east Texas. Per the NWS assessment the damages here in Texarkana ware most likely from straight line winds.

The NWS has determined that there were two tornadoes produced from the line of storms that spurred Tornado Warnings. Both tornadoes were rated as EF1 in strength that produced winds from 85 to 95 m.p.h..

Both tornadoes were spawned from a thunderstorm near Dekalb, Texas and touched down near the Springhill Community. There were lots of trees uprooted and snapped, and some homes damaged. No one was injured.

Damages in the Texarkana area were determined to be from straight line winds estimated to be from 85 to 95 m.p.h.. Damages were tracked across an area from Hooks, Texas to Nash, Texas with multiple trees down, or snapped off. Damages to homes, outbuildings and vehicles, including a semi-truck that was blown over on Interstate 30 near Leary, Texas. 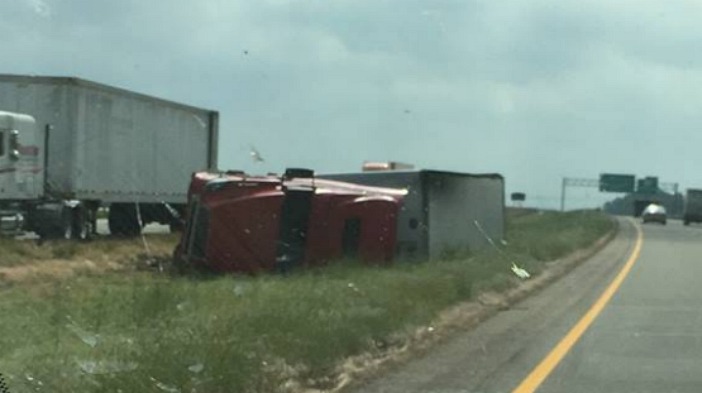 There are a lot of people still without power across the area, and some have been displaced from their homes due to damages.

The American Red Cross office at 821 Spruce Street in Texarkana will be open to offer assistance to those impacted by the storms from 2:00 p.m. to 7:00 p.m.