Texarkana Texas Police have arrested five people, one adult and four juveniles ranging in age from 14 to 16 years old in the investigation of a drive-by shooting that occurred last night. Nobody was injured in the shooting, but a house and vehicle on Mason Street were shot up.

We arrested 32-year-old Courtney Moore and four juveniles (ranging in age from 14 to 16) for several charges early this morning after a house on Mason Street was shot up.

The residents on Mason Street called 911 about 11:30 last night and reported that a white Tahoe had just driven past their house and fired several shots toward them as they sat on the front porch. No one was hurt, but there were several bullet holes found on the house and a car parked in front of it. Officers found a total of 19 shell casings in the street.

A few minutes later, Officer Zac Gilley located the Tahoe sitting on the side of Jarvis Parkway with a flat tire. Two of the juveniles took off running toward Westridge Apartments as Officer Gilley pulled up behind them. He apprehended the two that stayed at the vehicle and radioed to other units in the area about the ones that were running away. They were both captured a short time later on the other side of the apartments after a short foot chase. We recovered two pistols – one of which had previously been reported stolen in Pine Bluff, Arkansas. The four juveniles, who all live in Pine Bluff, were arrested and transported to JDC. They were charged with Deadly Conduct, Theft of a Firearm, Failure to Identify, and Evading Arrest.

It was learned that Moore had been the driver of the vehicle during the shooting but had left the juveniles just prior to Officer Gilley spotting them. She was arrested and charged with Deadly Conduct, Theft of a Firearm, and Unauthorized Possession of a Firearm by a Felon. She’s currently being held in the Bi-State Jail, with a $40,000 bond. 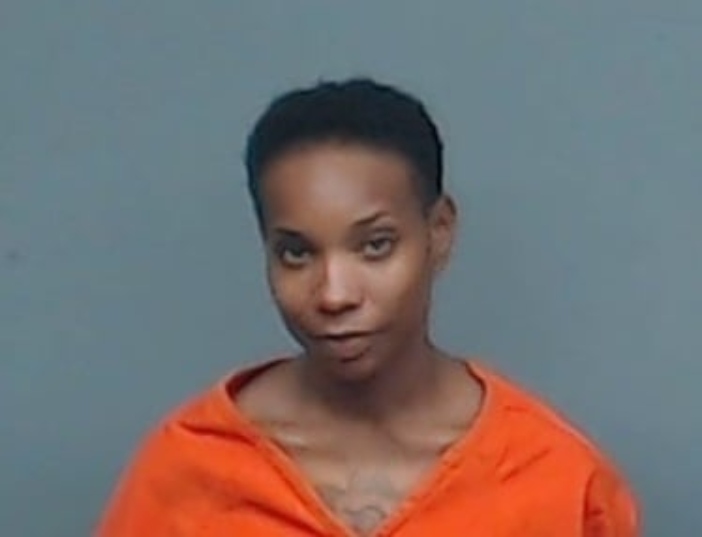