Texarkana Arkansas Police have arrested a suspect accused of robbing Commercial National Bank in downtown Texarkana early Friday morning. The suspect has been identified as John Robert Keith Daugherty, a 33-year-old male, who holds a Texas Drivers License and an address in Azle, Texas.

TAPD is investigating a bank robbery which occurred at 9:18 am this morning at Commercial National Bank, 224 E 4th Street, Texarkana, Arkansas. 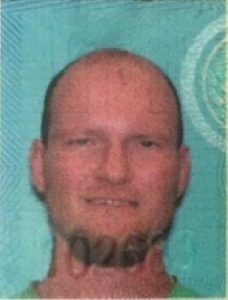 Police Officers patrolling nearby were able to respond immediately to the area of the bank and captured the robbery suspect matching the description given as he departed the area. He has been identified as John Robert Keith Daugherty, a 33-year-old male, who holds a Texas Drivers License and an address in Azle, Texas.

Police Officers investigating the robbery recovered a sum of money, believed to have been taken in the robbery, from the suspect’s coat pocket. We have also recovered a robbery note left with the teller at the bank.
Interviews are currently being conducted of all witnesses and the suspect.