The Texarkana Texas Police Department has arrested and charged Latavion Larry, 21, with Deadly Conduct after his identification in video footage of the shooting Friday in the Big Lots parking lot that left an innocent bystander in the hospital in stable condition. 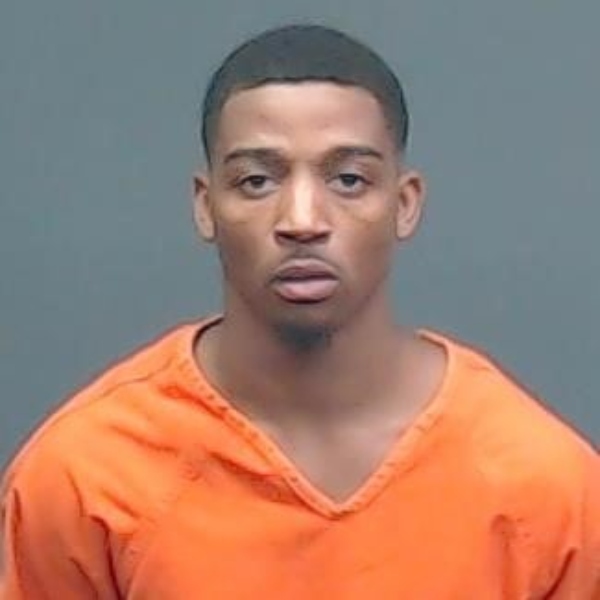 We’ve made one arrest in the shooting that happened in the Oaklawn Village Shopping Center parking lot on Friday evening.

Officers arrested Latavion Larry, 21, for Deadly Conduct after a warrant was issued for his arrest this weekend. Using video from cameras at nearby businesses, Detective Cliff Harris was able to identify him as one of the shooters. Larry is currently being held in the Bi-State Jail with a $1 million bond.

We were called to the shopping center a little after 6:00 on Friday evening and found a 33-year-old man who had been shot. The victim and his wife were getting ice at the self-serve ice machine in the parking lot when they heard gunshots. He was struck once in the chest by a bullet that is believed to have come from a gun fight between two individuals about 50 yards away across the parking lot.

The victim was transported to Christus St. Michael Hospital and is now listed in stable condition.

Detectives continue to investigate this crime and are working to identify the other shooter. If you have any information about this, please call us at 903-798-3116 or Texarkana Area Crime Stoppers at 903-793-STOP.