The Texarkana Texas Police made an arrest in a theft case that occurred at the EZ Mart on College Drive. Qwansie Stewart, 24, of Texarkana Texas was arrested because of the GPS tracker in his ankle monitor he wears due to a previous felony charge, and his bond, in that case, has been revoked.

Officers were dispatched to the EZ Mart at 2316 College Drive late on Monday night after a man reported that his money had been stolen.  The victim told officers that he had just gotten back into his car on the store’s parking lot.  Before the victim could shut his door, a man approached him and grabbed approximately $175 from his hands.  The suspect immediately fled and was last seen running west toward an apartment complex. 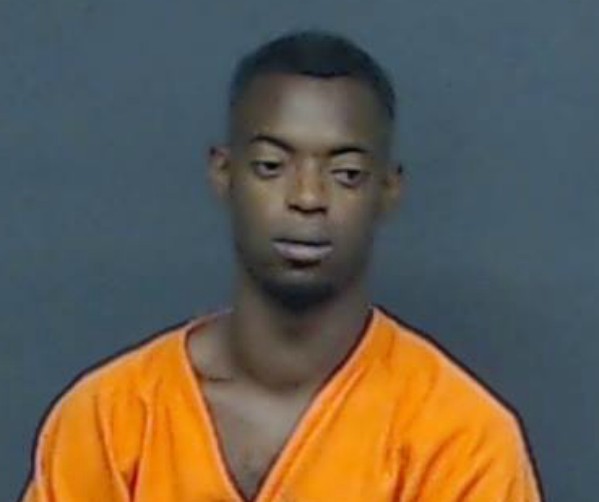 Upon receiving the case for investigation the next morning, Detective D.E. Evans recognized the description of the suspect as being Stewart.  He knew that Stewart was currently out on bond from a previous arrest and was required to wear an ankle monitor as a condition of his release.  Using the historical GPS tracking data sent from the ankle monitor, Evans was able to confirm that Stewart had been at the EZ Mart at the time of the theft before heading west from that location.

After obtaining a warrant for Stewart’s arrest, Evans again used the ankle monitor’s GPS data to locate Stewart at a residence in the 1800 block of W. 24th Street yesterday afternoon.  He was arrested without incident and transported to the Bi-State Jail.  His bond on that charge was set at $10,000.  As a result of Stewart’s arrest for this theft, his bond for the previous felony charge was revoked.