John Stroud III was a good friend, and a good man. Stroud passed away Sunday morning after losing a heroic battle with Cancer. He was 54 years old. A memorial service is scheduled for 1:30 p.m. Friday September 9, at First United Methodist Church. A reception for family and friends will be at Texarkana Country Club following the service.

I have known John many years. He was my friend, and my attorney. He was always there for me. Even when he really didn’t “need” to be. I am saddened by his passing, but I smile when I think of one of my happiest memories of John. It was Jefferson Texas a number of years ago, I was there to celebrate Mardi Gras. I was having a good time, going from bar to bar and enjoying the celebration and the people. When I see an old friend that I grew up with, Shawn, and he was a police officer in Jefferson. I was surprised to see him and give him a hug. We talk, laugh and share contact info and shake hands to carry on the evening. Out of nowhere, my attorney walks up, John Stroud. Shawn is doing one of those handshakes where he is shaking your hand with one, and holding your forearm with another. John stepped in the middle and loudly said, “I am this man’s attorney, is everything alright?”… we laughed! John had a puzzled look on his face, not realizing that before he stepped in to “save me”, he forgot to remove his Mardi Gras colored Jester Hat… complete with bells! I am sad he is gone and at such a young age. I am sad he is gone, but I am thankful because John Stroud, really lived.

John graduated from Arkansas High School, and the University of Arkansas… he was a Razorback through and through. He had a private practice, he did a lot of work over the years as a public defender and for Child Support Enforcement. John loved the law. He truly enjoyed most everything about his job.

John is survived by his wife Lisa, his children Emmie, Luke, and Laikyn. Sisters Kimball and Tracie. His parents and many many friends that loved him. I have gone to his Facebook profile and to see all of the photos his many friends are sharing, I notice there is only one pic I don’t see him smiling in or have that sly little grin and it’s the photo he took trying to look “lawyer serious”, but in every pic with the people he loved, he is smiling. 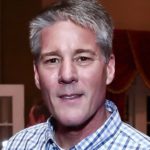 John Fred Stroud III lost his heroic battle with cancer yesterday. Our hearts are broken and we will always miss our John. He was the best big brother, father, son, and friend to all.

Funeral arrangements are pending but a memorial service has been planned for 1:30 p.m. Friday September 9, at United Methodist Church with a reception following at Texarkana Country Club. More details to come.