We need to let you know about a very dangerous situation in Texarkana!!

A 25 year old woman died of an overdose this morning after taking what appears to be drugs laced with fentanyl or something else. A man who was with her is in the hospital unconscious and fighting for his life.

If you have purchased any street level narcotics, DO NOT take them. Unfortunately, there’s no way to look at it and know if it’s the real deal or something that someone has doctored up. If it winds up being some of the same stuff that these two people took, it will likely kill you.

Later in the afternoon, they updated the media:

UPDATE: 3/31/21 at 3:45 – We just had another apparent overdose in that same neighborhood. This time it was a 20 year old woman. She has been transported to the hospital.

In Texarkana, TTPD and law enforcement agencies across the region are investigating any leads made available to them, remember you can share your information and remain anonymous with Crime-Stoppers, call 903.793.STOP. There has been no indication at this time what exactly the people had taken, but the investigation continues.

If you have any outdated medications, you can properly dispose of them at secure locations at the Bi-State Justice Building downtown, Texarkana Emergency Center & Hospital on Cowhorn Creek, and the Miller County Sheriff’s office on East Street in Texarkana, Arkansas.

Across, East Texas reports are being made of people taking counterfeit Oxycodone tablets often referred to as M-30s. We first saw a report out of Polk County Texas from Sheriff Byron Lyons that warned of people suffering from overdoses of what they believed to be common street drugs that had been “laced with fentanyl” a few weeks ago.

The Ft. Worth Texas Police Department distributed this notification: 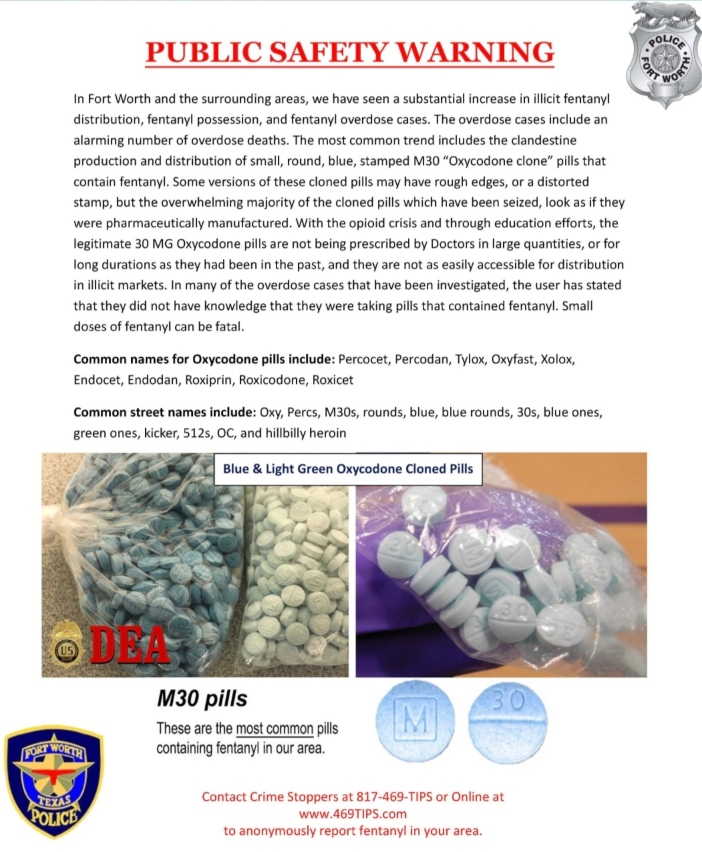 This is a great illustration of how small of an amount of fentanyl is deadly. Back on March 17, this warning was issued in the City of Venus, Texas after two teenagers died and one was hospitalized:

The Venus Police Department in conjunction with the Johnson County S.T.O.P. Special Crimes Unit is investigating two cases that we believe to involve drugs bought on the street that appear to be prescription pills but could be counterfeit and contain unknown substances that have caused serious medical issues including one fatality. Witnesses in these cases have called these pills “Perc 30s” and stated that they believed them to be prescription pills. At this time, investigators do not know what these pills contain, but there have been many confirmed cases of counterfeit prescription pills containing fentanyl in the metroplex including Johnson County in the past few months. Fentanyl is a very strong opioid that can cause extremely harmful side effects including organ failure and death in amounts as small as a grain of rice.

Parents, please have a conversation with your teenagers about this. Many people think that it is perfectly safe taking a prescription pill, but these counterfeit pills are designed to look like legitimate pharmaceuticals. Unless these tablets or pills have been dispensed by a licensed pharmacy or hospital there is no way to tell what is inside of them. 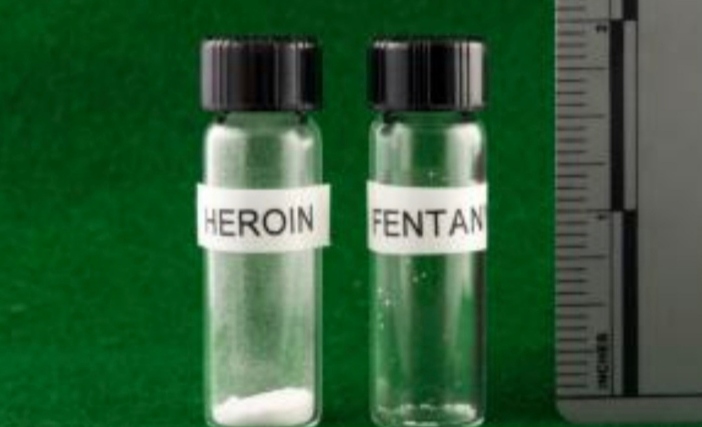 If you have any information you believe is related to this investigation, you can contact S.T.O.P. Special Crimes Unit at (817) 202-4010 and you can remain anonymous. S.T.O.P. checks their voicemail box periodically even when off duty but if the information is an emergency or time sensitive please call 911 for emergencies or (817) 556-6060 for non-emergencies. The non-emergency number rings to Johnson County dispatch and they can put you in contact with the proper agency.