Due to some safety concerns, the 2021 Main Street Texarkana Christmas parade will now run the length of Broad Street to a right on Texas Boulevard, up to a right on 4th Street, then straight down 4th, and end in front of Commercial National Bank just past 4th and Wood.

We spoke to Ina McDowell, Executive Director of Main Street Texarkana, and due to some safety concerns around the Hotel Grim, and a matter of the passageway around the newly renovated Post Office being too narrow for many of the parade entries there is a slight change in the parade route.

The 37th Annual Main Street Texarkana downtown Christmas Parade will happen at 7:00 pm in downtown Texarkana on Monday, December 6, 2021. The theme for this year’s parade will be “The 12 Days of Christmas” and all parade entries must be lighted.

If you are looking for the best place to be, look at this…

Video of the parade will be featured on Texarkana’s Television Station, KLFI-TV. 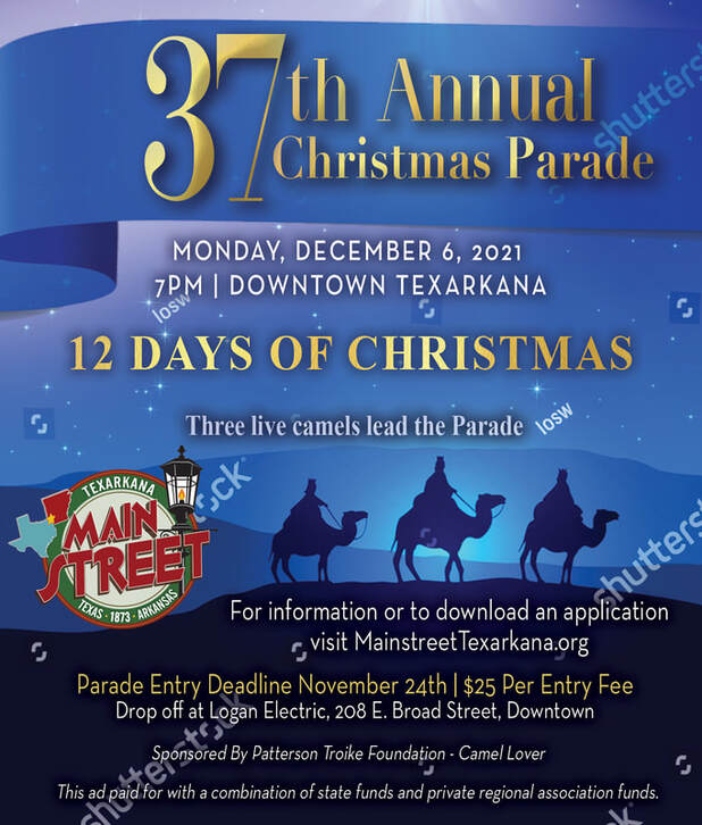