Scout-O-Rama 2016 happens this weekend, April 1 to 3 at Spring Lake Park in Texarkana, and here is what you need to know.

Time for boy scouts and girl scouts from all over the region to gather at Spring Lake Park in Texarkana, Texas Friday April 1 to Sunday April 3 it is the annual Scout-O-Rama! This is a free event that area scouts put on for the community. There will be local vendors free activities for all ages.

There will be a sanctioned cook-off, the famous Boy Scout Hot Air Balloons are planned to be flying over the show, a civil war cannon that will be fired numerous times over the weekend, soap box car rides, car derby races, a huge fireworks show, and so much more. . 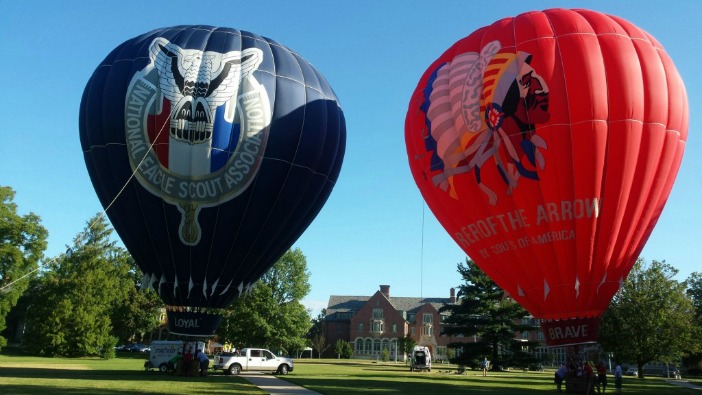 Two of these balloons will be flying over Spring Lake Park and the Texarkana area. Friday night scouts attending the event will be able to see the balloons glow. Saturday during the show they will be flying.  Don’t miss this event.

ALL INFORMATION IS POSTED HERE AT THE SCOUT-O-RAMA WEBSITE

At the Texarkana Scout-O-Rama 1991, a time capsule was buried. The theme was “Scouting for the Environment”. Now is the time to open the time capsule buried 25 years ago  The capsule will be opened Saturday afternoon, around 3:30 pm.

A new time capsule will be buried Sunday, to be opened in 2066. This capsule will be available at the Scout-O-Rama Headquarters for units to submit photos, written articles, and personal treasures (neckerchief, unit t-shirt, etc). Each unit is encouraged to bring at least one item. Articles must be approved by a Scout-O-Rama officials before being placed in the capsule. The time capsule will document who was here 50 years from now!

Over the weekend a civil war cannon will be fired 5 times, (blanks), by Battery G. Come out and meet them, learn about life as a soldier in Civil War times. To learn more about Battery G visit their website at 1stMicheganBatteryG.com .

Scouts will compete against Scouts in the Regional Scout Cook-off at the Four States Scout-O-Rama. Venture and Varsity Scouts 14 to 17 years old will compete as scouts, 18 and older will compete as adult scouts. This competition is for a main course only, do desserts, side dishes or appetizers. 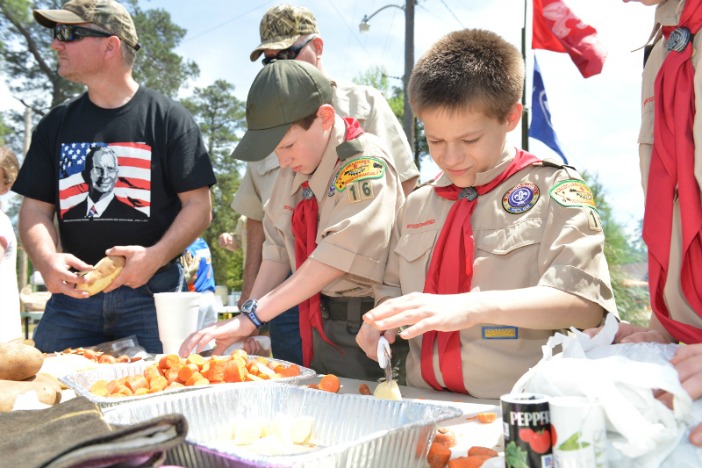 Get all information including maps at the SCOUT-O-RAMA 2016 WEBSITE.