The investigation into the overnight shooting on Magnolia Street that left an 18-year-old man dead has led to the arrest of Joshua Cassidy, 37, of Texarkana, Texas on weapons and drug charges.

Joshua Cassidy is a resident of the home located in the 3500 block of Magnolia Street in Texarkana, Texas. 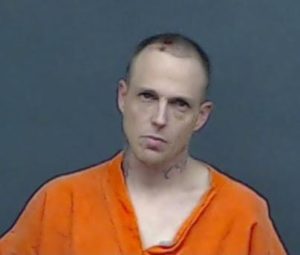 We reported earlier that at approximately11:56 pm on Monday May 15, TTPD responded to a report of a shooting and discovered Drake Griffith dead on a bedroom floor with several gunshot wounds.

The two residents of the house told officers that Griffith had been invited to the house to purchase drugs.  During the course of that transaction, a second unidentified man knocked on the front door armed with a pistol and escorted one of the residents toward the back of the house at gunpoint.  As they entered the bedroom where that transaction was taking place, Griffith struck the second resident in the head with an object and the two began to wrestle on the floor.  At some point during the fight, the second resident reached for a pistol that he kept in his bedroom and started shooting.  Griffith was struck several times in the torso.  The second suspect then fled the house.

Griffith’s body has been sent to Dallas for an autopsy, and nobody has been charged with his killing at this time. The shooting investigation continues. If anyone has information on this crime, they are asked to contact the Texarkana Texas Police Department at 903-798-3116 or Texarkana CrimeStoppers at 903-793-STOP.