The Texarkana Arkansas Police Department reports that they have arrested Deon Lindsey, 45, of Texarkana Arkansas. Lindsey allegedly rammed a police cruiser during a vehicle pursuit. Lindsey was arrested in a wooded area near where his vehicle became stranded on train tracks.

On Friday, June 30, 2017 at 1:30pm Texarkana Arkansas Police Officer Chase Dixon attempted a traffic stop on a brown GMC Pickup Truck with fictitious tags, at the intersection of East 9th and Lincoln 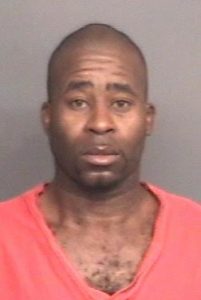 Street.  The driver of the vehicle fled and turned northbound on Oats street.  At the intersection of East 19th and Oats Street the suspect rammed into a patrol car operated by a TAPD police officer.  The suspect continued fleeing from officers by turning northbound on the railroad tracks located at the intersection of Broad Street and East 19th.  The suspect continued to drive on the railroad tracks until the vehicle was disabled from the tracks, which time the suspect fled on foot from the vehicle and into a wooded area nearby.  Shortly thereafter, TAPD Officer’s Rick Cockrell and Chris Estes located and arrested the suspect driver, Deon Lindsey, 45yoa. Lindsey has been charged with Fleeing, Aggravated Assault, Possession of Methamphetamine, and Possession of Marijuana.

The TAPD Officer involved in the crash received minor injuries. 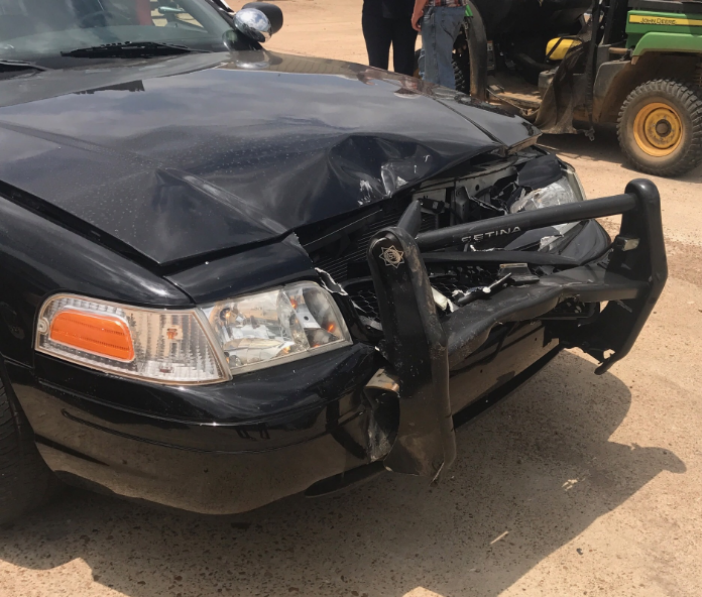 Cruiser rammed by suspect attempting to flee from police.