The Texarkana Texas Police Department has released some arrest statistics from January 2017 with some interesting results. Out of 318 arrests, 268 were repeat offenders. 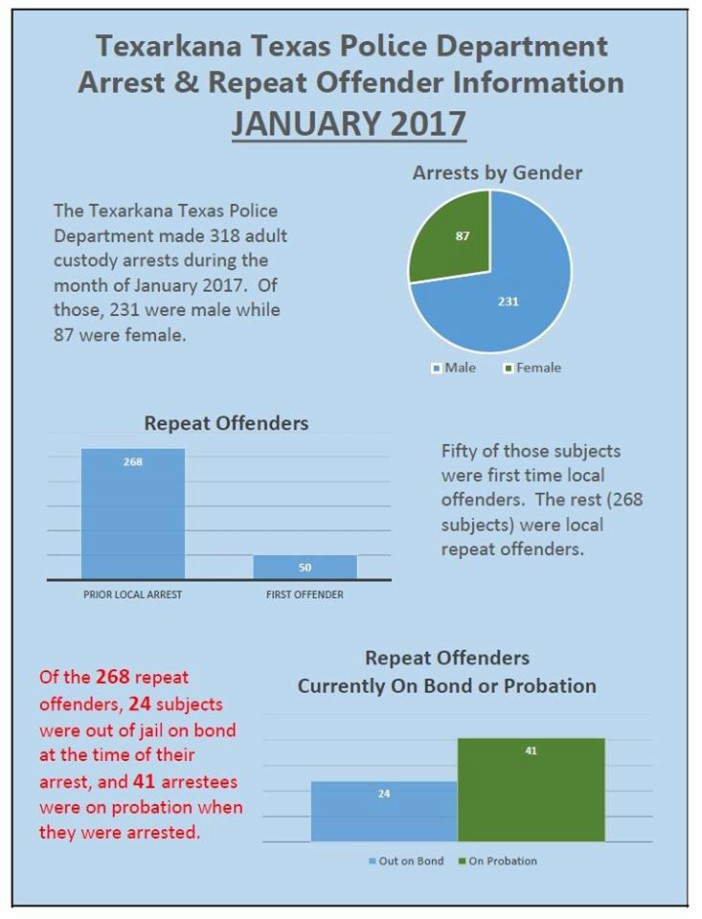