The Texarkana Texas Police Department has released statistics on arrests in the month of March 2017. The report shows that out of 378 adult arrests in on 67 were first time offenders and 311 had been arrested previously.

Of the 311 repeat offenders arrested, 38 were out of jail on bond and 46 were on probation at the time of their arrests.

The report also points out that out of the 378 adult arrests, 279 were male and 99 female. 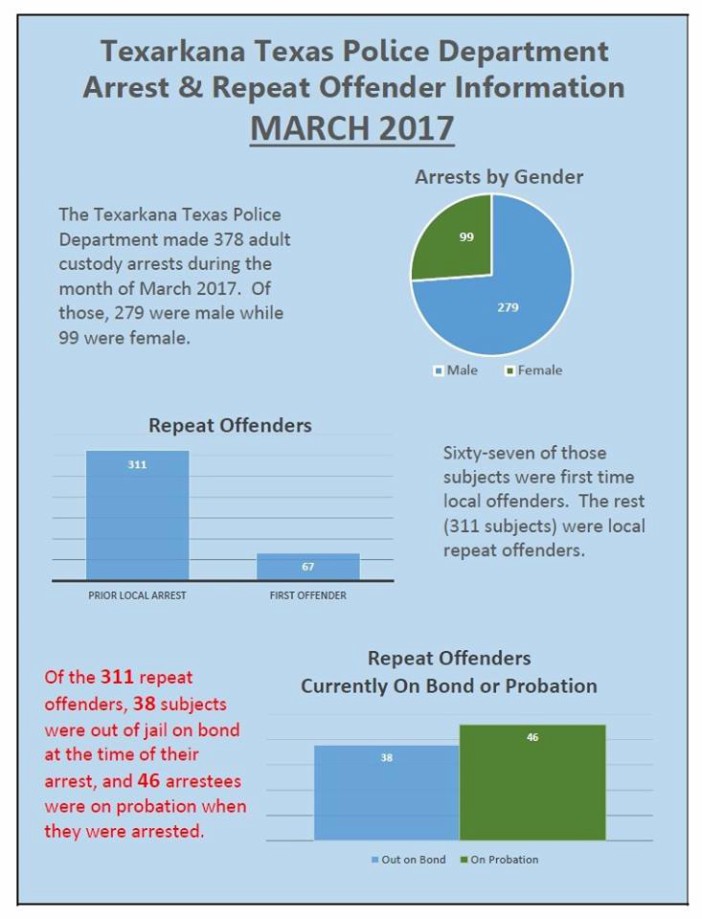