The Texarkana Texas Police Department reports that they made 316 adult arrests in February of 2017. Out of those arrests, there were 228 men, and 88 women, 257 of those arrested had prior arrests locally, 28 were on bond, and 31 were on probation at the time of their arrests.

The report also reflects that there were 2,170 911 calls for police action in February, and 510 police initiated calls. The top type of call was for “suspicious persons”, but the report below highlights the top type of calls and more information.

We are also sharing the traffic & citations report for February 2017. This report has the worst roads for accidents as Richmond Road, New Boston Road, W. 7th Street, then N. Stateline Avenue. 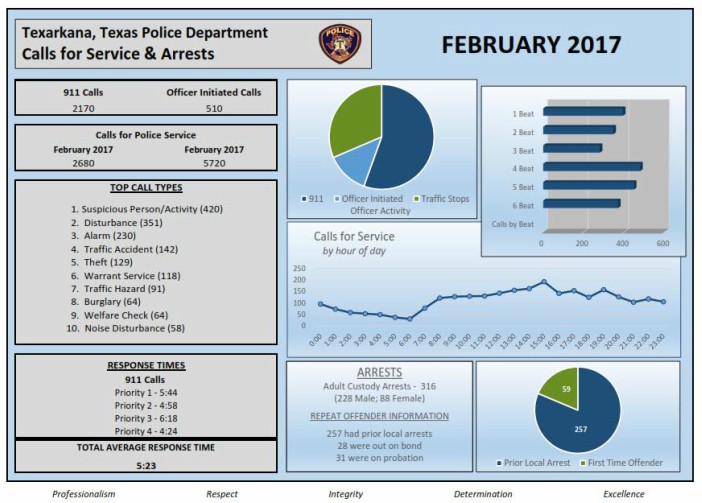 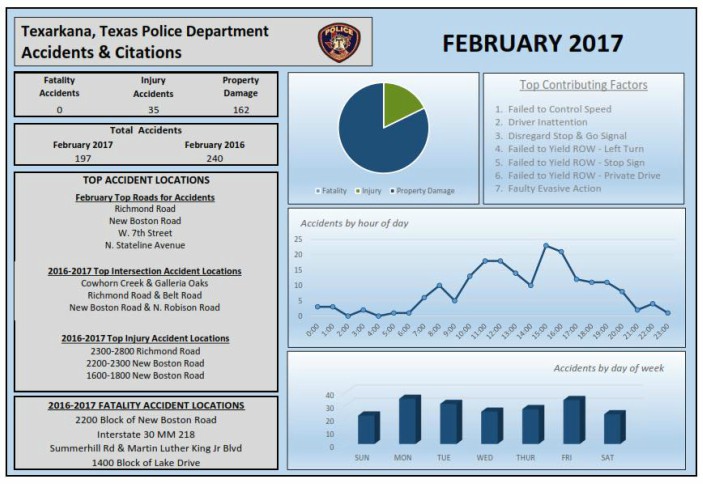