Last week T.T.P.D. turned to the public seeking the identity of a woman captured on surveillance footage at the Walmart store on New Boston Road. She has been identified as Charlene Johnson, 40, from Texarkana Texas and she is wanted for this crime and outstanding felony warrants from Bowie County.

After Johnson was identified, the T.T.P.D. were able to get a felony warrant for her for Fraudulent Use or Possession of Identifying Information. Police also discovered that she already had three outstanding felony warrants for Failing to Appear on Burglary charges out of Bowie County. Police have been searching for her for the last several days but have not been able to locate her. If you know where she is or happen to see her out around Texarkana, please call T.T.P.D. at 903-798-3116 or Crimestoppers at 903-793-STOP. 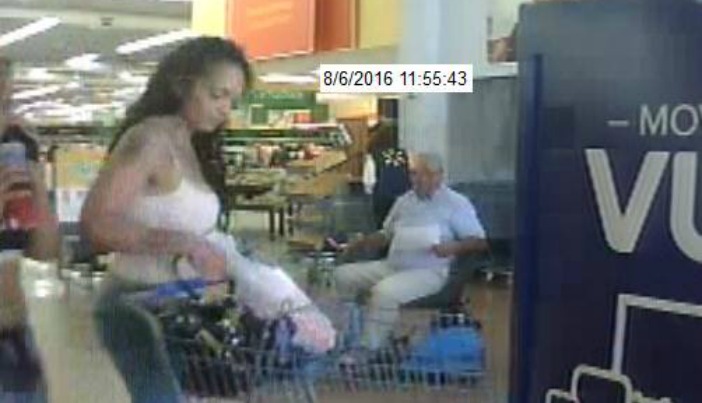