The Texarkana Texas Police Department are calling on the public for assitance in identifying a burglary suspect. Do you recognize this man.

The Texarkana Texas Police are seeking assistance in identifying a burglary suspect.

Patrol officers responded to a report of an alarm at a business in the 4700 block of Texas Boulevard last night at approximately 10:20 p.m.  Upon arrival, the officers discovered a broken window on the back (south) side of the building.  A landscaping brick was discovered on the floor inside the building.

The business’ video surveillance system captured a black male, who after climbing through the broken window, could be seen walking through the business and removing an undisclosed amount of money from a cash register.  After exiting through the rear door, he ran north from the building.

The man appears to closely resemble the suspect in a burglary on June 5 at the Miller County Senior Adult Center in Texarkana, Arkansas.

Anyone who recognizes the suspect or has information about this burglary is asked to call the Texarkana Texas Police Department at 903-798-3116 or CrimeStoppers at 903-793-STOP.  CrimeStoppers will pay a reward of up to $1,000 for information that leads to the arrest and conviction of those responsible for a felony crime. 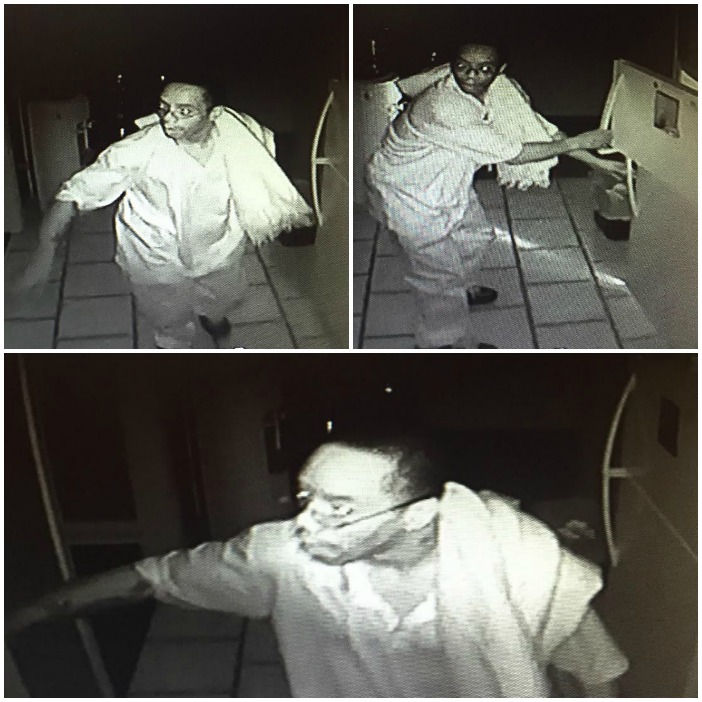