Yesterday we broke a story that the Texarkana Animal Shelter had closed their downstairs area and had issued a “code red” that many animals were going to have to be put down at 5:00 p.m. Thursday July 21. After sharing the story, people came out in droves today to adopt these loving cats and dogs.

Today many, many people came out to the Animal Care & Adoption Center after reading the story about the animals that were to be put down, and adopted dozens of dogs and cats, literally saving their lives! Response has been so great that no animals will be put down today, tomorrow, or this weekend. In fact Mr. Lokey has extended the deadline for these animals to get homes by making the hours of 11:00 a.m. to 5:00 p.m. on Saturday available for adoptions also. Vetting, spay and neuter is all sponsored so the only costs to you would be an adoption fee of $20 for cats and $40 for dogs.

When I pulled up to the Texarkana Animal Care & Adoption Center at 203 Harrison Street in Texarkana Arkansas there was no place to park, and I thought “that’s awesome”! There were cars everywhere, parking lots were full, cars on the road, even cars parked in the grass in front of and near the shelter. 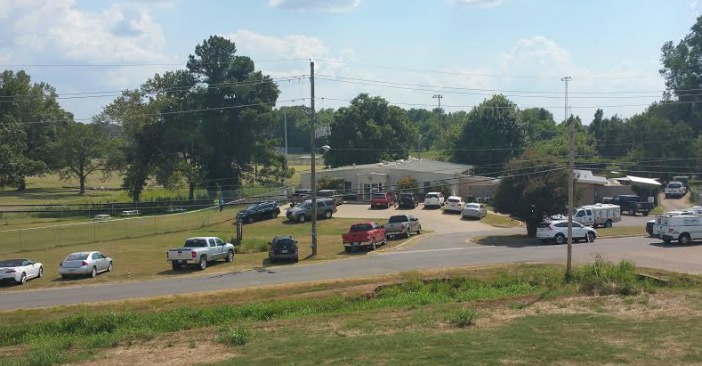 I spoke with Shelter Director Charles Lokey about the situation and he is in a real tough position. The downstairs building is not “condemned” as we had been told, but it is uninhabitable. Mr. Lokey said,

It’s a question of being humane. There is no air down there, nothing but hot air to circulate and the dogs are in misery. Just like we get angry when someone mistreats a dog, we don’t want to mistreat these animals. So, we have to decide to let them suffer or put them down.

It was at this point that Mr. Lokey was a little emotional, and that’s understandable, he is a dog lover! He told me of his pups that were at his home in the air conditioning, and I told him about Charlie that was at my home in air conditioning and probably in my bed. Mr. Lokey went on to say,

I wish we could just tear down the old building and start over. We all wish we had room for a thousand dogs, but we just don’t and losing that space has put us in a crisis mode. We all love animals here and hate the idea of having to euthanize but it is just something that comes with it.

The shelter is only large enough to hold 125 animals and always runs a little above capacity, but without being able to use the downstairs kennel there is just not enough room.

So many people came out to save these animals that there will not be any animals put down this evening or tomorrow evening, in fact Mr. Lokey has extended adoption hours to include this Saturday July 23 from 11:00 a.m. to 5:00 p.m..

In all, 42 dogs and cats were adopted on Thursday July 21, and we were thrilled to have been able to help. 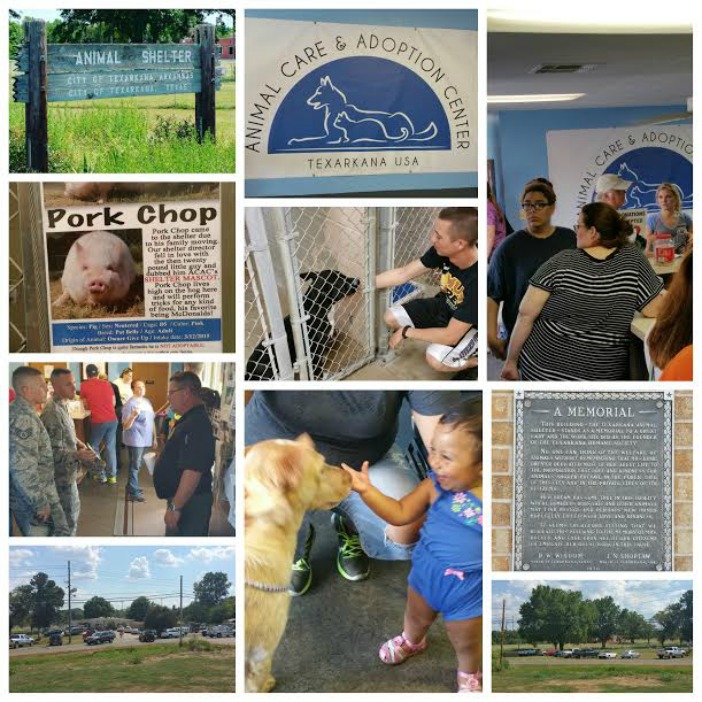