TEXARKANA, Texas – The Program for Learning and Community Engagement at Texas A&M University-Texarkana will welcome noted NASA space engineer and science fiction writer B. Gentry Lee to campus Thursday, Nov. 9, for a presentation titled “A Passion for Knowledge,” at 7 p.m. in Eagle Hall of the University Center, 7101 University Ave., Texarkana, Texas.

The free event is open to the public.

Lee is chief engineer for the Solar System Exploration Directorate at the Jet Propulsion Laboratory (JPL) in Pasadena, California. In that position, he is responsible for the engineering integrity of all the robotic planetary missions managed by JPL for NASA. His major recent work includes the engineering oversight of the fantastically successful and popular Curiosity rover mission to Mars in August 2012, the Dawn mission to the asteroids Vesta and Ceres, the Juno mission to Jupiter and the GRAIL missions to the Moon. Previously, Lee provided guidance and oversight for the engineering aspects of the Phoenix and twin rover missions to Mars, as well as NASA’s successful Deep Impact and Stardust missions. 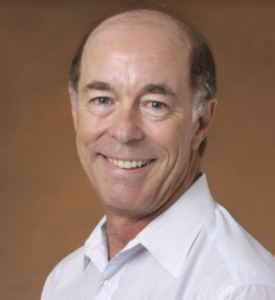 From 1976 until 1981, Lee was the late Carl Sagan’s partner in the creation, design, development and implementation of “Cosmos,” the highly successful science documentary series for television that won several Emmys and the prestigious Peabody Award. In July 2009, Gentry Lee was the featured performer/narrator in “Are We Alone?,” a two-hour Discovery Channel documentary about life in the solar system.

Lee was chief engineer for the Galileo project from 1977-1988 and, after working in a variety of positions on the Viking project from 1968-76, was director of Science Analysis and Mission Planning during the Viking operations. The historic Viking mission was mankind’s first successful landing on another planet.

In addition to his engineering work, Lee is a successful science fiction novelist, a futurist, a computer product designer, media columnist, lecturer and a television performer/narrator. Between 1989 and 1994, he co-authored four novels, “Cradle,” “Rama II,” “The Garden of Rama” and “Rama Revealed,” with revered science fiction grandmaster Arthur C. Clarke. All four books were New York Times bestsellers and were translated into over 25 languages. Since his collaboration with Clarke, Lee has written three more successful solo novels, “Bright Messengers,” “Double Full Moon Night” and “The Tranquility Wars.”

Lee received the NASA Medal for Exceptional Scientific Achievement in 1976 and the Distinguished Service Medal (NASA’s highest award) in 2005. In October 2006, he received the prestigious Harold Masursky Award from the American Astronomical Society and in June 2014 he received the Al Seiff Memorial Award, both for his contributions to planetary exploration.  In 2013, he was awarded the prestigious Simon Ramo Medal by the IEEE for “career excellence in engineering.”

“We are incredibly honored and excited to have a NASA engineer of Gentry’s caliber coming to our campus,” said Dr. Corrine Hinton, chair of the PLACE Committee at A&M-Texarkana. “ We look forward to hearing about his experiences with Carl Sagan as well as learning about the tremendous advancements in space exploration.”

PLACE is a faculty-led program designed to create a community of learners comprising A&M-Texarkana students, faculty, staff and the community at large. PLACE chooses an annual theme around which to organize a lecture series and other activities that provide focal points for learning and discussion. This year’s theme is “Science and Technology.”