This baby boy’s great grandmother, and others, witnessed this man ball up his fist and beat this baby. She chased him on foot but he left the area. Police were able to locate him quickly. Jordan Smith, 19, is in the Bi-State Jail with a $100,000 bond.

The boy’s great grandmother was babysitting him at her apartment when Smith arrived to take him home. After he got the boy loaded up and pulled away, the grandmother saw Smith suddenly stop the car and start hitting the toddler as he sat in the back seat. She chased after the vehicle, but Smith drove off before she was able to catch up to the car. But he wasn’t done yet… Smith drove up to near the pool area and stopped the car again, where another witness saw him ball up his fist and hit the boy several more times. After throwing a toy truck out of the car window, Smith left the area with the boy.

A few minutes later, we learned that Smith had shown up at an apartment complex on Elizabeth Street. Officers responded over there and found Smith there with the little boy and other family members. The child had a large knot on his forehead, bruises around his eyes, and a bloody lip – which Smith tried to explain away as being the result of the child’s allergies. Needless to say, the officers didn’t buy into any of that story for a second and he was arrested for Injury to a Child with Intentional Bodily Injury.

The boy was taken to Wadley Regional Medical Center for treatment. 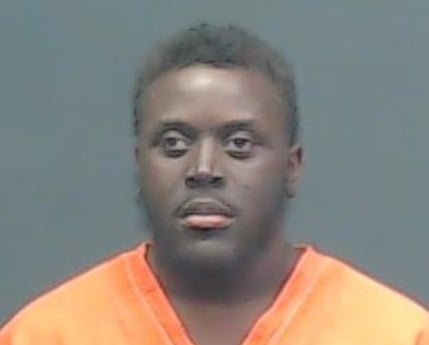