The Texarkana Arkansas Police Department has arrested Tony Taylor, 56, of Texarkana and charged him in the murder of his girlfriend Crystal Reed, 35, of Texarkana. Taylor led police to shallow grave east of Ogden, Arkansas where the woman’s remains had been buried.

On March 7th, 2017 around 4:00pm, Janice Reed reported to the Texarkana Arkansas Police Department that her daughter, Crystal Reed, a 35 year old female was missing and the circumstances were that Crystal and her boyfriend, Tony Taylor, a 56 year old male, had been involved in an argument before she left her apartment.  Janice Reed said she had last talked to her daughter during the evening hours of 03/06/2017. Janice reported that Crystal had not showed up for work on 03/07/2017, and that she had not been answering her cell phone, which was irregular. 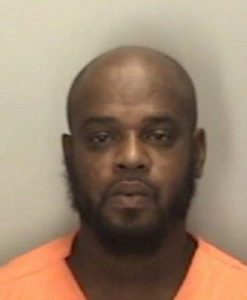 On 03/08/2017, Texarkana Arkansas Police Detectives began investigating the report of Crystal Reed’s disappearance. Almost immediately, detectives learned that Tony Taylor had left blankets, rubber boots, rubber gloves and a shovel at an acquaintance’s residence in Texarkana, Texas during the morning hours of 03/07/2017. Detectives made several attempts to contact Crystal Reed on her cell phone and at her place of employment, both without success. A search warrant was then obtained by detectives for the apartment in Texarkana, Arkansas where Crystal Reed resided, and where Crystal had reported to her mother, Janice, that she had been in an altercation with Tony Taylor. Evidence was found pursuant to that search warrant that led detectives to believe that foul play was involved in Crystal’s disappearance.

Tony Taylor was located at another residence near E 24th and Jefferson in Texarkana, Arkansas around 1:30 pm on 03/08/2017. Taylor accompanied detectives to the Bi State Justice Building where he was interviewed concerning the whereabouts and welfare of Crystal Reed. During this interview, Tony Taylor confessed that there had been a physical altercation during the late evening hours of 03/06/2017, and that during this altercation, he had stabbed Crystal Reed in the chest with a knife, and that she died as a result of that injury. Taylor led police to a remote wooded area East of Ogden, Arkansas where he buried her body in a shallow grave. Taylor was returned to the B-State Justice Building and placed under arrest and charged with 1st-degree Murder and Tampering with Physical Evidence.

Detectives sought several search warrants and recovered a large amount of evidence in the case.

More interviews are anticipated in the case.