The Texarkana Texas Police Department has arrested two men after a burglary call overnight. Though one man was armed with a pistol the men were taken into custody without resistance.

Officers were dispatched to the 9000 block of Holmes Lane after a resident saw three males with flashlights looking into several parked vehicles at 2:45 this morning.  When officers arrived, they quickly located the vehicle in which the men had driven to the area, but they were unable to locate the subjects.  Officers conducted a search of the immediate area and found Riley and Clark hiding under lawn furniture in one of the back yards of the neighborhood.  Although Riley was armed with a pistol, both were taken into custody without incident. 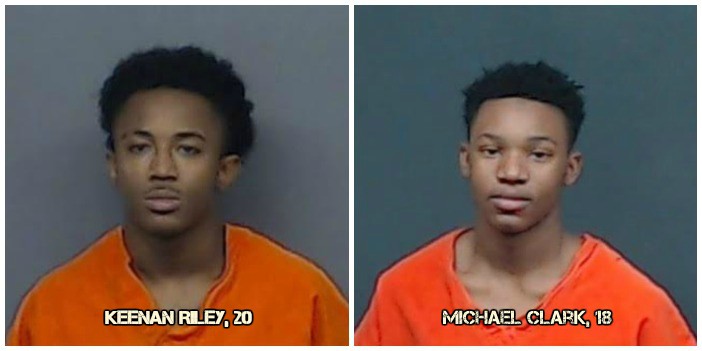