The Texarkana Texas Police Department has released more details on the shooting incident on W. 17th Street that left a juvenile with a gunshot wound after Vonte Henderson allegedly began an altercation with a group of youths over a $5 debt. 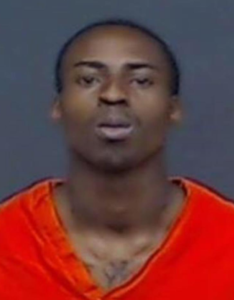 Texarkana, Texas Police were dispatched at 5:13 PM to a residence in the 2000 block of W 17th St. Once on scene, officers located a 14-year-old black male, suffering from a gunshot wound to the leg. The juvenile was transported to a local hospital for treatment. The initial investigation concluded that the juvenile victim was playing basketball in the street on W 17th with several other people. Devonta Henderson walked up to the group and began causing a disturbance over someone owing Henderson five dollars. Henderson then pulled out a pistol and told them he would shoot someone over five dollars. Henderson then fired the pistol toward the ground, causing the bullet to ricochet and strike the juvenile in the leg. Henderson fled the scene on foot.

After interviewing multiple witnesses, detectives issued a felony warrant for Devonta Henderson AKA “Vonte” for aggravated assault. Henderson is a 25-year-old black male, 5’5”, 125 lbs., and has tattoos on both forearms. Anyone with information on Henderson is asked to contact Crime Stoppers at 903-793-STOP or the Texarkana Texas Police Department at 903-798-3116.

The juvenile who was struck in the leg is listed in stable condition and is expected to make a full recovery.