The Texarkana Texas Police have an Aggravated Robbery Warrant for Martez Carrigan, 19, of Hope Arkansas and are asking for the public’s assistance in locating this suspect.

We have a warrant for Aggravated Robbery for 19 year old Martez Carrigan of Hope, Arkansas and need your help locating him.

You may remember the case from January where a woman was loading her purchases into her car on the south side of Sam’s Club (near the tire center). She left her purse in the buggy while she turned to load a case of water. A man, later identified as Carrigan, ran past and tried to grab her purse, but she managed to get a hold of it before he could get away. He showed her that he had a gun in the waistband of his pants and threatened her, but she still refused to let go of her purse. Carrigan then ran away toward the rear of the building after she started back into the store to get help. Luckily, there was surveillance video that showed him when he went into the store a few minutes before he did this, and we were able to use to identify him. 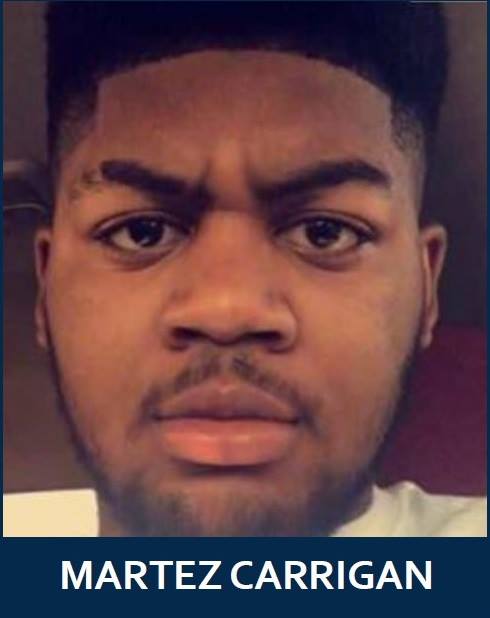