The Texarkana Texas Police are seeking a suspect in a robbery at the Residence Inn on St. Michael Drive. The suspect was armed with a pistol and wearing a gas mask to hide his identity when he robbed the hotel.

Texarkana, Texas Police is requesting the public’s assistance in identifying the suspect in a robbery that occurred early Wednesday morning at the Residence Inn, which is located at 3900 Saint Michael Drive.

Officers were dispatched to the report of a robbery at the Residence Inn at approximately 2:30 a.m. on Wednesday.  The front desk clerk told officers that a man entered the lobby area armed with a pistol and wearing what appeared to be a gas mask.  The man ordered the clerk to give him the money from the register.  He then made him show him where the safe was located inside the office.  After the suspect shot at the safe three times in an unsuccessful attempt to open it, he then fled in an unknown direction.  At the time of the robbery, the suspect was wearing a black hoodie and black shorts.

Two photographs that were made from the hotel’s surveillance video are attached. 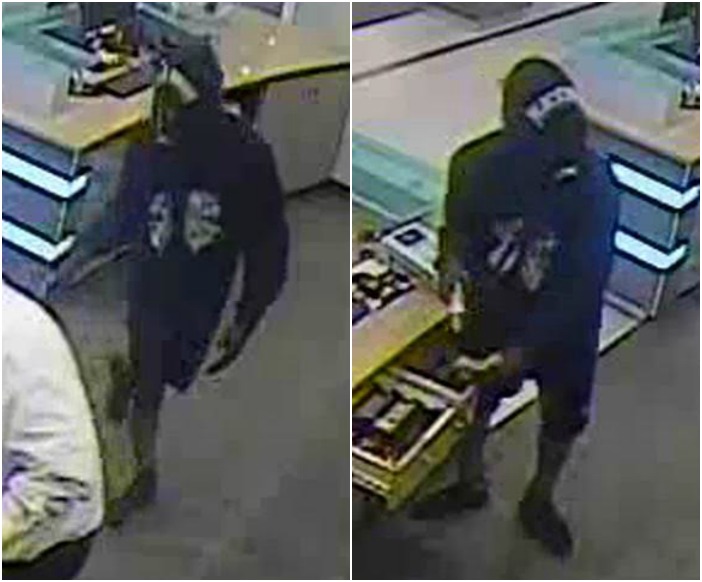