37-year-old Anquenette Nicole Ross of Texarkana has received 10 years in prison for aggravated robbery following a plea agreement for her part in the robbery of a man that had answered her post on craigslist for a sexual encounter. 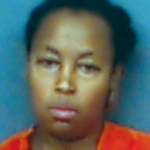 Ross lured a 44-year-old man to a room at the Rodeway Inn on Stateline Avenue with an ad on Craigslist October 15, 2015. When the man got to the room, she told him to get comfortable and he removed his shoe and pants. Ross then threatened the man with a stun gun, and called for her alleged accomplice and co-defendant in the case, 26-year-old Darrius Jarrell Moreland, who came from the bathroom of the motel room and began beating the man about the head and shoulders. Ross then told the man that they wanted everything he had. Money, Phone, Car and all.

While Ross took a plea agreement for her involvement, her co-defendant Moreland has been scheduled for a pretrial hearing next month in Texarkana. Moreland faces 5 to 99 years or life in prison for his alleged involvement in the ambush robbery if convicted.