Officials with T.I.S.D. have been investigating the threats of violence at Texas High on March 8, and have found that the threats were a prank. However, there will be increased police presence on campus for the remainder of the week.

Based upon our investigation, we have concluded that the threat was indeed a prank and all evidence shows there is no viable, credible threat against our students and school for Wednesday, March 8 or thereafter.  Texas High School will have increased police presence on the campus and our safety protocols will be enforced for the remainder of the week.

Communication on our follow-up has been sent to all Texas High School Parents/Guardians who we have emails on and has also been placed on our facebook page.

Word of the threats spread rapidly after photos were posted to the Facebook Group “Texarkana Cheers & Jeers”. 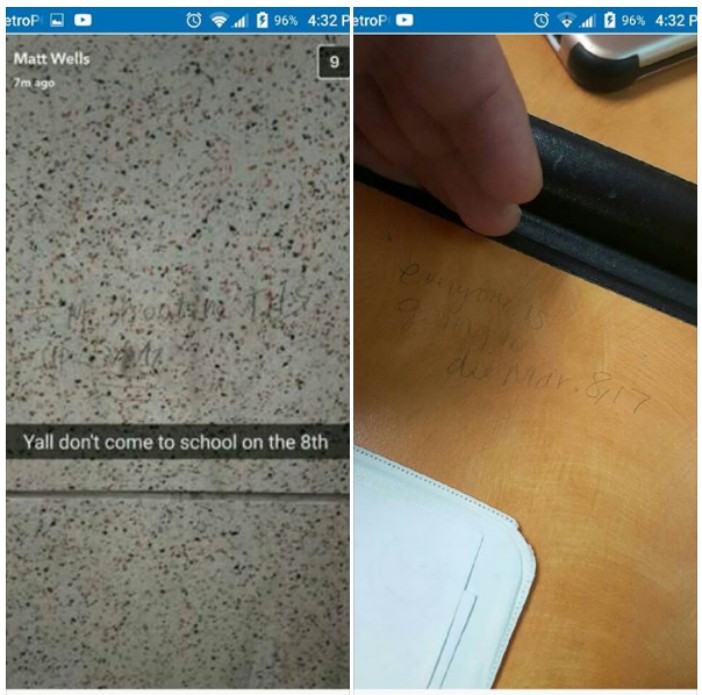