Texarkana Texas Police report that a recent arrest of a felony fugitive has garnered the suspect a total of 11 charges, and faces other charges in other states.

We arrested 27 year old Anthony Sandoval on Wednesday for five felony warrants and several new charges after a short foot chase through the parking lot of a shopping center in the 4800 block of N. Stateline Ave. 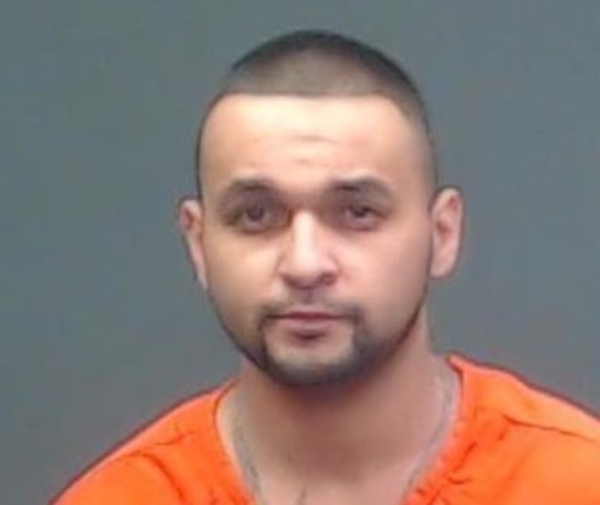 A TAPD investigator saw Sandoval getting into a car at a local motel and knew that he had felony warrants. He following the car south on Stateline Ave. and asked that we make a traffic stop with a marked police vehicle. Officers Colton Johnson and Tanner Toliver were close by and got behind the car as it approached Texas Blvd. They turned on their emergency lights, and the car pulled into the shopping center parking lot. However, as soon as it stopped, Sandoval jumped out of the passenger seat and took off running. While the officers were chasing him through the parking lot, a handgun magazine fell out of his pants pocket. An employee of a businesses there saw the officers chasing Sandoval and stepped in front of him at the last second as he tried to run past. That knocked a surprised Sandoval to the ground and gave the officers just enough time to catch up and take him into custody before he could get back up and take off again. The officers found a loaded .380 pistol in the crotch of his pants. He also had marijuana and a small baggie containing pills that are believed to be fentanyl. Inside the car where Sandoval had been sitting, they found a wallet that had identification and debit cards belong to several different people inside it.

A judge set his total bond for the Texas charges at $67,331 yesterday morning. However, after he makes bond on those charges, he still won’t get out of jail yet. He’ll be extradited to Arkansas for their charges over there.