Texarkana Police are searching for LaJason Coakley in connection to the shooting at the Paradise Club in Texarkana Arkansas on August 20, 2016. He is considered armed & dangerous. If you have information on his location contact TAPD or Crimestoppers.

Coakley is wanted for Battery in the 1st Degree, a Class B felony, which occurred in the Paradise Club on E 9th Street on 08/20/2016. If you know the whereabouts of Coakley please call 911 or Crimestoppers. DO NOT approach or attempt to apprehend Coakley on your own, he is known to be armed and dangerous. 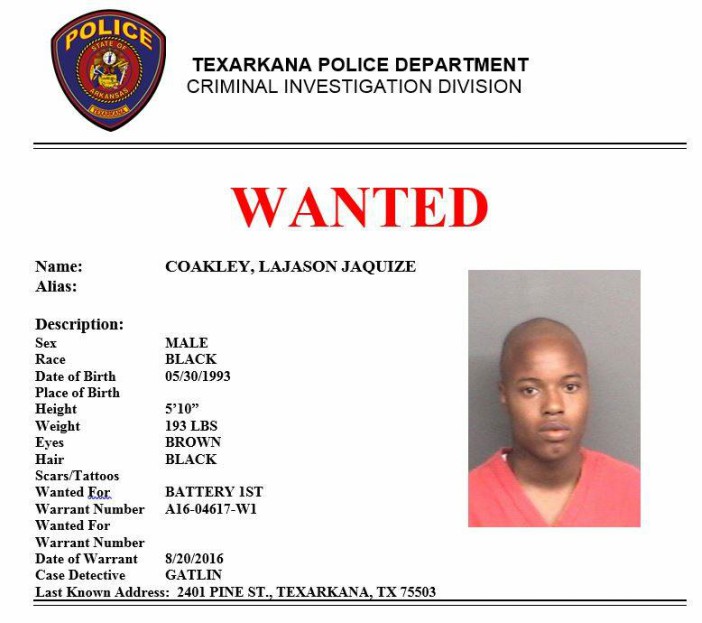