Written and Directed by Jay Williamson of Season 7 Sunday Best on BET, the gospel stage play “What My Eyes Can’t See” is coming to the Sullivan Performance Arts Center in Texarkana on October 22, presented by JMACS Enterprises.

This is the stage play that keeps you wondering what will happen next when a wife finds out her husband is not the minister she thought he was. Are you prepared? Can you handle the secrets that are about to be revealed?

Jay Williamson is a Shreveport native who starred on Season 7 of Sunday Best. He has been acting in plays and co-directing since he was a young child. “What My Eyes Can’t See” made its debut June of 2015 in Shreveport, LA. Be on the look out for more upcoming events and plays from Jay Williamson.

Sponsored locally by, and tickets available at The Golden Lady Restaurant, Miracle’s Closet and Mother Kelly’s.

Tickets can be purchased online at www.wmecstexarkanatexas.eventbrite.com or call 318.453.3894. 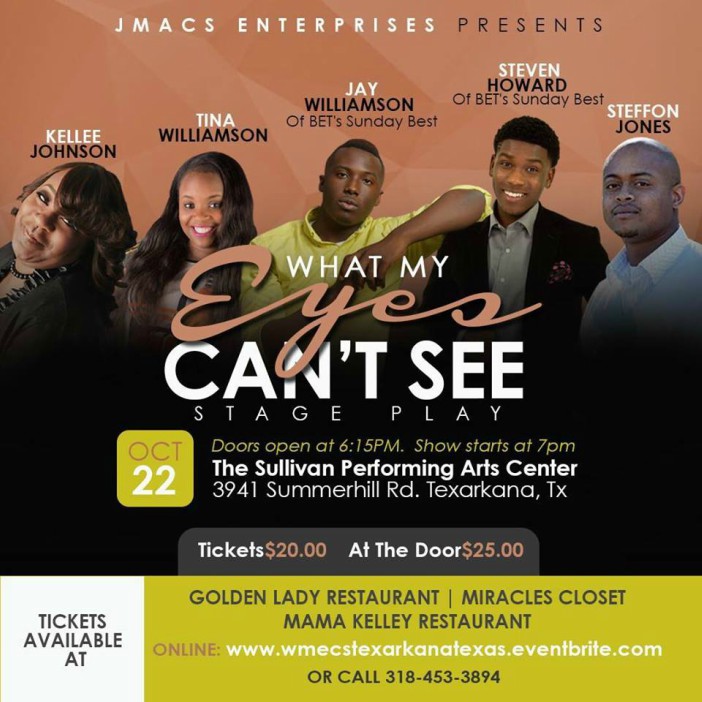